Alonso unhappy with Ocon: ‘One more race and it’s over’ 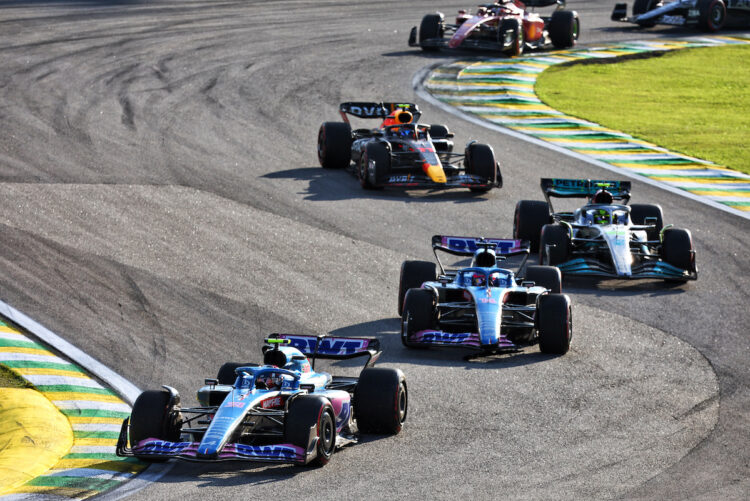 Fernando Alonso has expressed displeasure with Alpine team-mate Esteban Ocon following their collision during the F1 Sprint on Saturday.

Both drivers started inside the top 10, before minor contact was made between the duo on the opening lap of the race at Turn 4.

However, later on, the situation became worse for the team as Alonso hit the rear of Ocon as they ran towards Turn 1 and sustained damage to his front wing.

Alonso was forced to pit for repairs which dropped him down the order, while Ocon also suffered damage and lost pace to his rivals.

The pair have had close shaves on the circuit already this year, notably in Saudi Arabia and Hungary.

Alonso denies that he needs to talk to Ocon, reiterating that their working relationship will end next week following the Abu Dhabi Grand Prix when he departs for the Aston Martin team.

“It’s the way things are, sometimes it’s very competitive inside the team. It happened to him with Perez [at Force India], with Verstappen unlapping himself [in Brazil, 2018]. It’s one more race.”

Despite the frustrations, Alonso says he was pleased with the car’s pace as he recovered to P15 at the chequered flag.

“It was far from ideal when you touch on the first lap of a sprint race, it’s too short just to come back with the help of a Safety Car or anything,” he said.

“On the positive side, the pace was really good today, close to the leaders actually. We could recover a few places, P15 tomorrow to start the race. If we have this pace, we can score good points.”

Alpine’s weekend went from bad to worse post-race, as Ocon’s car caught on fire as it sat in parc ferme.