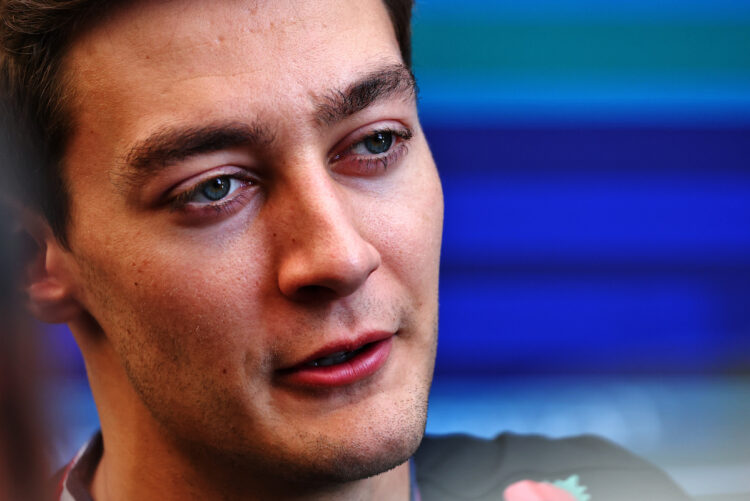 George Russell says he is hoping to capitalise on Mercedes’ recent strong form and best a Ferrari team that has been “inconsistent” of late.

After enduring a difficult start to the year, Mercedes has been closer to the front in the second half of the 2022 Formula 1 season – but it is still yet to take a race victory.

It was in contention for the wins at the last two races in the US and Mexico, with Russell expecting that its pace in Brazil this weekend will fall somewhere in between the previous two outings.

In the US, Ferrari locked out the front row in qualifying but couldn’t convert it into victory, while in Mexico, it was evidently the third-fastest team behind Red Bull and Mercedes.

“Austin was good, Mexico was very strong in terms of performance,” Russell said regarding Mercedes’ pace. “Unfortunately, the result wasn’t quite there for us.

“Here [in Sao Paulo] will probably be somewhere in between. The key one is Ferrari, they’re more of an unknown at the moment.

“Their performance seems a bit inconsistent. Mexico was a really bizarre weekend, how far off the pace they were.

“For sure you can be confident that Red Bull will have a strong package and will be the team to beat. For us, we’ll try to do our best to adapt to whatever the weather throws at us.”

Russell is coming to the end of his maiden campaign with Mercedes, having joined the team earlier this year following three seasons at Williams.

The 2018 Formula 2 champion says he has enjoyed the challenge of the season, working alongside Lewis Hamilton as Mercedes looked to recover from its lack of pace.

“It’s been a unique experience for me, having Lewis as my team-mate,” he said. “A lot to learn from and see how he approaches his business and works with the team.

“I think we’ve had a really good, open and transparent relationship and that’s helped us push the team forward. We’re on the same page when it comes to a lot of things.

“Hopefully, he can continue to grow that and ultimately we’re both pushing as hard as we can to get a race car that can fight for championships.”