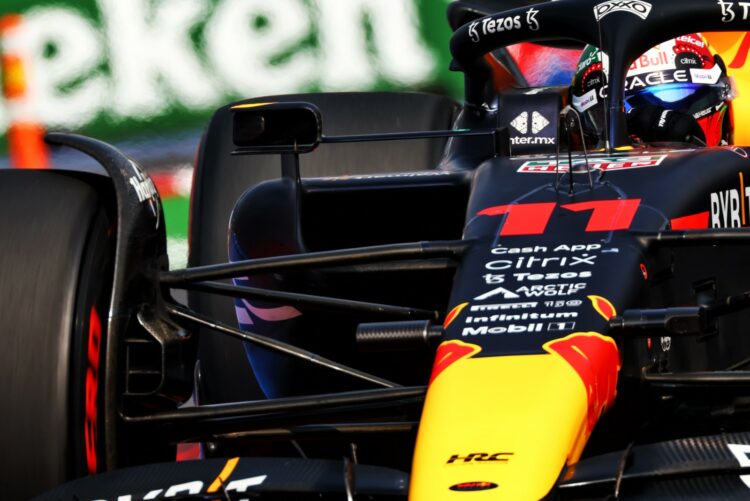 The 60-minute session was the sole pre-qualifying track time for the field owing to the presence of F1 Sprint for the third and final time in 2022.

Perez’s time of 1:11.853s left him atop the timesheets but less than a hundredth of a second covered the leading three drivers.

Carlos Sainz, who faces a five-place grid penalty for the grand prix, was fourth overall, 0.186s behind Perez, while Lewis Hamilton recovered from a scrappy lap to finish fifth.

Hamilton complained of the W13’s rear “floating around” on Medium tyres and locked up into Laranjinha on his first Soft tyre run.

But Hamilton regrouped to wind up just 0.001s behind Ferrari driver Sainz, while Mercedes team-mate George Russell was a mere 0.015s shy of the seven-time champion.

Alpine and McLaren – battling for fourth in the standings – had neither of their respective drivers inside the top 10 after opting not to run the Soft tyres.

That left Fernando Alonso and Esteban Ocon 11th and 13th respectively, either side of Williams’ Alexander Albon, while Lando Norris was 15th.

Daniel Ricciardo finished at the rear of the 20-driver field after a minor error on his quickest Medium tyre lap.

Qualifying for the São Paulo Grand Prix is scheduled for 16:00 local time