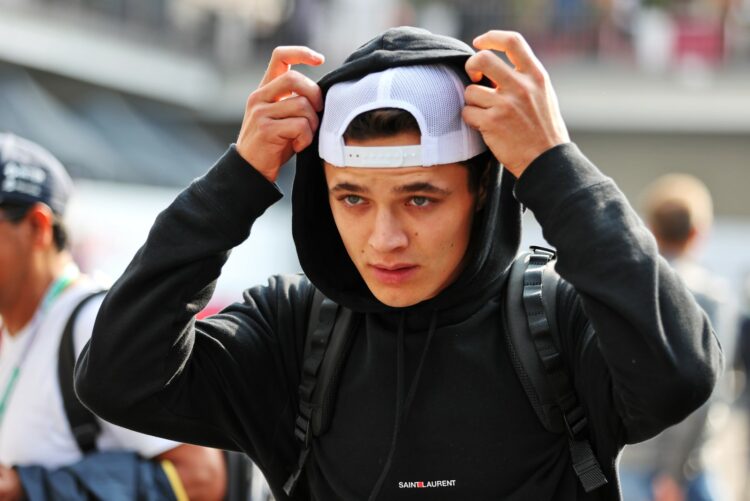 Lando Norris is set to participate in the São Paulo Grand Prix this weekend after a bout of ill health.

Norris was not present at Interlagos on Thursday after suffering from food poisoning, with the Briton receiving approval from his McLaren team to remain at the hotel.

McLaren placed Nyck de Vries on standby and the Dutchman undertook a seat fit in the MCL36 as a precaution on Thursday afternoon.

De Vries was available to McLaren through his role as a reserve for power unit partner Mercedes, which has already led to additional outings with Aston Martin and Williams in 2022 for the AlphaTauri-bound driver.

But Norris has arrived at Interlagos on Friday in preparation for practice and qualifying.

Norris enters the São Paulo weekend seventh in the championship on 111 points.

McLaren, meanwhile, is locked in a battle over fourth in the Constructors’ championship against Alpine, trailing its rivals by seven points.