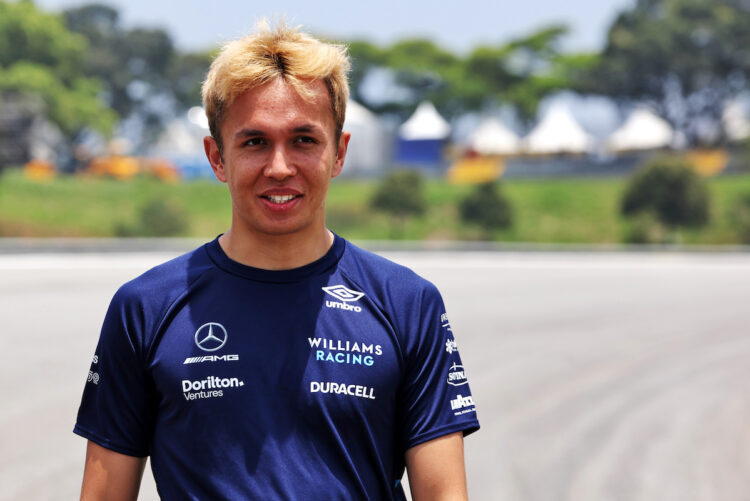 Alexander Albon says that he has few concerns about having just one practice session to prepare for the Sao Paulo Grand Prix.

However, for Saturday’s FP2 session, Logan Sargeant will drive Albon’s car as he continues to build preparation ahead of an expected full-time debut in 2023.

Albon will have just one hour behind the wheel of the FW44 on Friday after before taking part in qualifying, the sprint race and Sunday’s grand prix.

But while the the 26-year-old says he expects it to have some impact on his form, he expects little trouble across the weekend.

“For sure, it will have a small effect on it. It’s better to lose FP2 here than FP1 just the way that qualifying is obviously on the Friday,” Albon said. “I think generally speaking, it should be fine.”

One obsatcle that Albon could face is the weather, as it is currently forecast to be wet on Saturday.

“The main concern is obviously if it’s wet on Saturday and it’s dry on Friday, then there might be a bit of learning to do in the Sprint race,” he added. “But yeah, that will be some fun.”

Williams is set to end the season at the bottom of the Constructors’ Championship for the fourth time in five seasons, with just two rounds remaining in the season.

Its form at certain events this year has been notably respectable, leaving Albon to admit that he is “confused” by the car’s true pace.

“Well, let’s say we did a better job than we expected [last time out in Mexico],” he said. “So it’s kind of how it goes.

“You never really know, even with these cars still, with two races to go, where you are going to be in terms of the ladder of performance.

“So I’ll go into this weekend, same as always, I actually get more confused every time, every race weekend, where we are, but I think we can go into this with some optimism and let’s see what happens.”