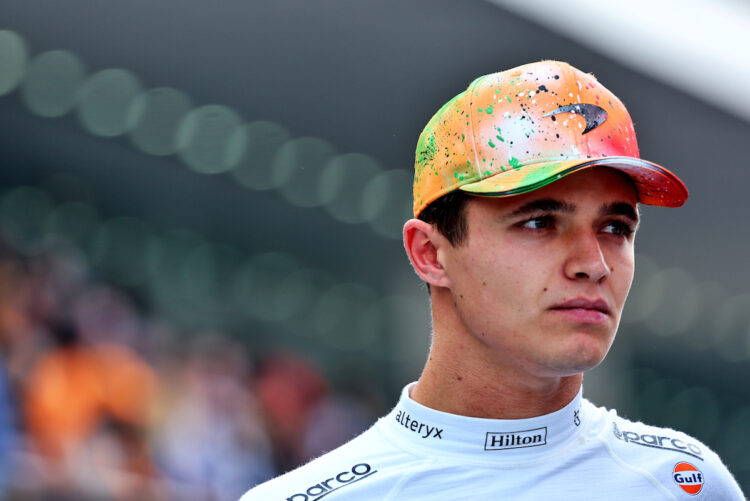 Lando Norris will sit out Thursday at the Sao Paulo Grand Prix weekend after falling with suspected food poisoning.

The Briton is currently resting at his hotel with the hope of returning to the paddock on Friday, when on-track action from the Intergaos Circuit gets underway.

“Lando is feeling unwell with suspected food poisoning, so he will rest in the hotel today,” a statement from McLaren reads.

“We expect him back at the track tomorrow.”

It is the second time this year that Norris has fallen ill during a race weekend, as he also battled tonsilitis in Barcelona earlier this season.

If needs be, who could replace Norris?

Although McLaren expects Norris to return to action on Friday, the team will likely implement a plan in the event that his illness is too severe for an immediate return.

It has a number of options to choose from, including Stoffel Vandoorne and Nyck de Vries, who share reserve role duties for Mercedes and its customer teams.

De Vries made his F1 debut earlier this year in Monza with Williams, and has signed to race full-time in 2023 with AlphaTauri.

Oscar Piastri is another option ahead of his full-time switch to McLaren next year, however it is unclear if the Australian is currently present in Brazil.

Paul di Resta would also be an option, but the ex-Force India driver is currently in Bahrain contesting the final round of the World Endurance Championship.