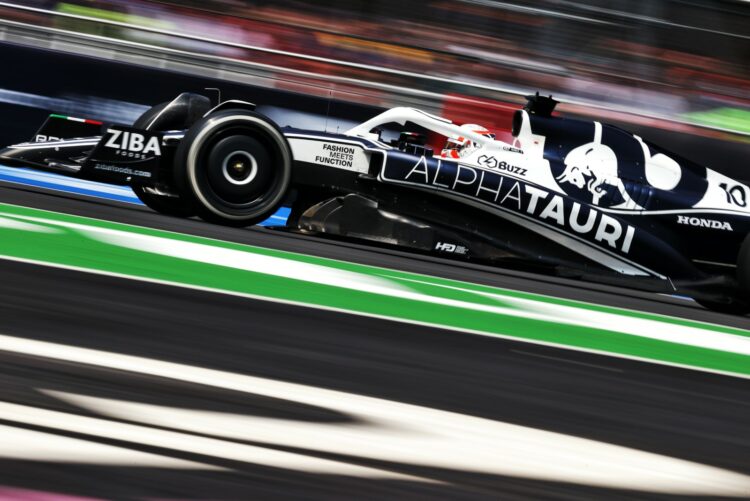 Pierre Gasly is hopeful that his previous form in Brazil can be replicated as AlphaTauri bids to beat Haas in this year’s Constructors’ Championship.

AlphaTauri is locked in a close fight with Haas over eighth place in the standings, with the Faenza-based outfit currently only a single point behind their opponent.

Gasly claimed his maiden Formula 1 podium in Brazil in 2019 and last season raced to seventh place, though enters this weekend’s event having not scored in three grands prix.

“I can look ahead to the final two races of the season taking some encouragement from the fact our performance level in Austin and Mexico was pretty good,” Gasly said.

“Sure, I had penalties both times which meant there were no points, but in both places we were fighting for the top 10 and I hope that will also be the case in Brazil.

“It’s always special to go to Interlagos, as I got my first podium there in 2019 and last year I finished seventh. Generally, I’ve gone well in Brazil, and I also have a lot of fans there.

“I’m looking forward to the weekend, even though this year, everywhere we go has been a bit tougher than the previous season, so we know it’s more complicated to fight to finish in the top 10, but it’s not impossible.

“We will be aiming for the points that we need to get ahead of Haas.”

This weekend will also feature F1 Sprint and Gasly says AlphaTauri must be ready to grasp any additional opportunities that may come its way.

“We know the weather can play a big part at this race and currently rain is forecast for Saturday and Sunday, so we will have to be ready to take our chances,” he said.

“It’s another Sprint weekend and that’s something that has not gone very well for us up until now, but we will deal with it, do our best and the extra race might mean an additional chance to go and chase the points we need in our championship fight, which is no bad thing.”