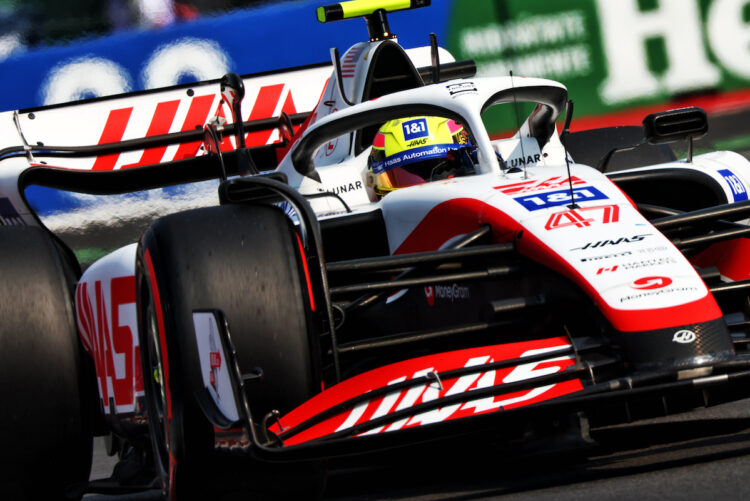 Mick Schumacher should forget about a Formula 1 future and instead try to find success in another motorsport category, believes former F1 boss Bernie Ecclestone.

The 22-year-old’s future in the series beyond the 2022 campaign is in doubt amid reports that he will be replaced at Haas by Nico Hulkenberg.

Schumacher endured a difficult start to the year but showed strong flashes of performances, particularly in the mid-part of the season when he scored points in Great Britain and Austria.

But with Haas set to confirm its 2023 line-up soon, Ecclestone doesn’t think that Schumacher will remain with the team next year.

“I don’t think he will be there,” he told RTL. “People were disappointed with his performance.

“We don’t know whether it was because of him or the team, but of course it’s difficult to find someone to put him on a winning team. Because he’s not in one at the moment.”

Ecclestone added that Schumacher should move on from F1, stating that his family ties (being the son of seven-time F1 champion Michael Schumacher) is a big burden.

“Maybe he needs to forget F1 and focus on the other motorsport categories. His name is his biggest burden, but he tries to live up to it as best he can.

“And that’s what gets him into all his troubles. Therefore, forget it and win in another category.”

Haas has stated that it wants to drive the team forward with its 2023 driver line-up, meaning Hulkenberg’s experience in the series could paint him as more favourable than Schumacher.

Therefore, Haas’ interest in Hulkenberg, who has not raced full-time in F1 since 2019, is of little surprise to Ecclestone.

“It’s not about age, but mental state,” the 92-year-old added. “Look at Juan Manuel Fangio – he started at an age when everyone stopped long ago.”