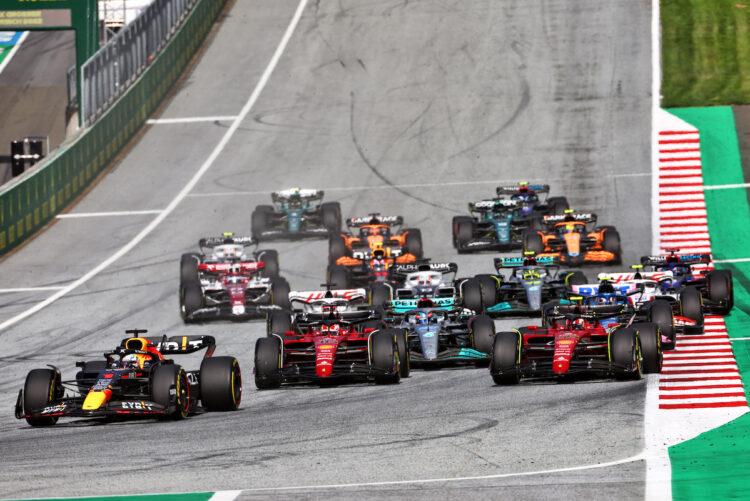 In its current format, the traditional qualifying session sets the starting grid for the shorter sprint race – the results of that race then forms the grid for Sunday’s grand prix.

Qualifying and the sprint race are currently separated by a practice session, which has been labelled as largely irrelevant as cars are in parc ferme conditions.

Steiner suggests that qualifying for the sprint and the grand prix should be two separate sessions, calling on F1 to eliminate the Saturday morning practice session.

“This year in Austria we scored points in both the Sprint and in the main race so for sure, I liked that,” Steiner said.

“It’s a race like any other but it’s shorter and with eight drivers rather than 10 scoring points. I’m in favour of more Sprints as it makes the overall race weekend interesting by having qualifying on Friday.

“Then on Saturday afternoon you have the Sprint, followed by the main event on Sunday.”

The sport will have its third and final sprint weekend of the season in Brazil this weekend.

F1 will double the number of sprint races for next year, with a quarter of them set to have the alternate weekend format.

Haas’ Kevin Magnussen admits that he is a fan of the sprint format due to the extra pressure it places on the shoulders of the teams and drivers.

“I think we’ve done well, we’ve scored points at every sprint so far and I actually quite like those weekends where you get into serious business, quickly,” he said.

“Three practice sessions are actually a lot, and these weekends show that you can get ready for qualifying with one practice.

“It’s the same for everyone, you deal with it, and it becomes normal. I think six next year is good but of course the workload for the team in the garage during these weekends is very high.