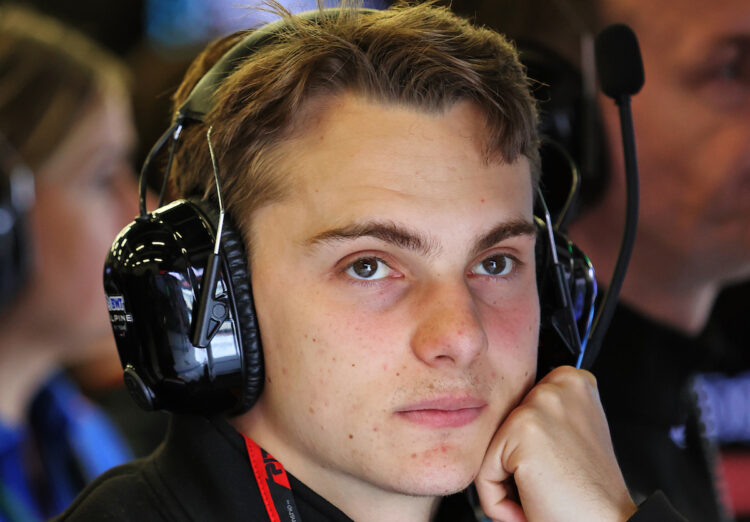 Oscar Piastri has already completed his first Formula 1 test outing with McLaren, according to a report.

According to AutoHebdo, the Australian driver was at the Circuit Paul Ricard in France last week to have his first laps with the Woking-based squad.

Piastri will make his F1 debut for McLaren in 2023, partnering Lando Norris at the team.

Piastri was the subject of a contract controversy this year, with both Alpine and McLaren believing that they had a deal in place with the 21-year-old for next season.

The Contract Recognition Board ruled that McLaren’s contract with Piastri was valid, meaning he will depart the Alpine team ahead of 2023, having been part of its driver academy for the last handful of years.

Alpine was originally believed to not be in favour of releasing Piastri early to McLaren.

But According to the report, he drove a short configuration of the Paul Ricard track, which has hosted the French Grand Prix since 2018, in a McLaren F1 car.

It also says that Piastri drove the test in McLaren overalls, but the sponsors were hidden.

No confirmation of the test has been released by McLaren or Alpine and it is unclear how involved Piastri still is with Alpine ahead of his switch to McLaren for 2023.

However, the outing suggests that an agreement has been reached between the two parties to allow Piastri to start working with McLaren early.

Piastri was originally set to make his FP1 debut with Alpine this year as part of the mandatory rookie outings in place, however those sessions have since gone to Formula 2’s Jack Doohan.

Piastri will replace compatriot Daniel Ricciardo at McLaren next season, with the eight-time grand prix winner set to take a reserve role in 2023.