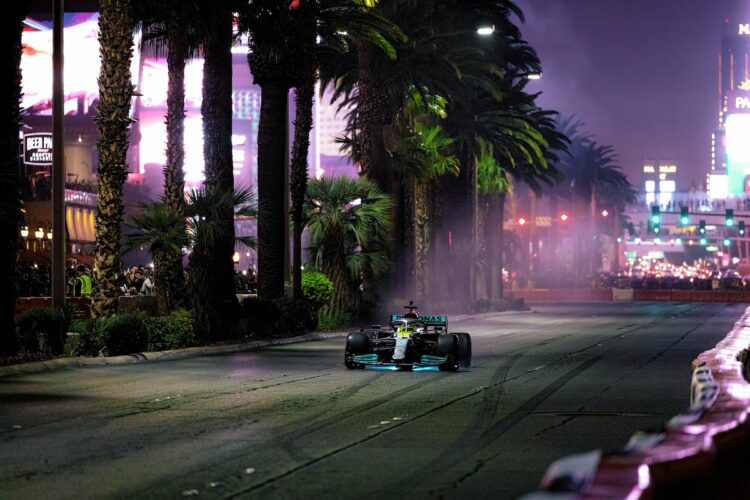 Formula 1 has dismissed suggestions that fans will be priced out of attending the Las Vegas Grand Prix in 2023 due to steep ticket prices.

Tickets for the inaugural event went on sale last week, starting from as low as $500, however they rose to $10,000 for a Skybox Hospitality pass.

Earlier this year, CEO of MGM Resorts Bill Hornbuckle suggested that prices for hotel rooms in the area could cost up to three times their normal rate during the grand prix weekend.

This could mean some rooms could be as much as $100,000 – but speaking to The New York Times, F1’s Chief Commercial Officer Emily Prazer says she has few concerns.

“The perception of the $100,000 statement is probably based on the ultimate F1 race experience that may be put together for casino whales that are willing to come in and lose millions of dollars that weekend,” she said.

“The thing about Vegas is you’ve got the really low end and really high end. There is something for everybody.

“And there are 150,000 hotel rooms versus Singapore, where there are materially less, and all in the place where the race location actually is.

“I’m not as worried about that as I think some are.”

F1 is promoting the Las Vegas event, marking the first time that it has taken the reigns of developing a grand prix.

It has already invested heavily in the event and is reportedly injecting hundreds of milions into the establishment of pit and paddock complex.

Prazer has spoken before over the intention to keep the race in Las Vegas “forever”, but admits there is pressure on the sport’s shoulders to ensure the inaugural grand prix is a success.

“F1 has not sold tickets before, it has not promoted an event before,” added Prazer.

“It’s meeting the expectation because this event is being positioned in a certain way, not just by F1, but the media.

“The level of expectation on what we are delivering needs to happen, so my biggest stress is making sure we do that.”