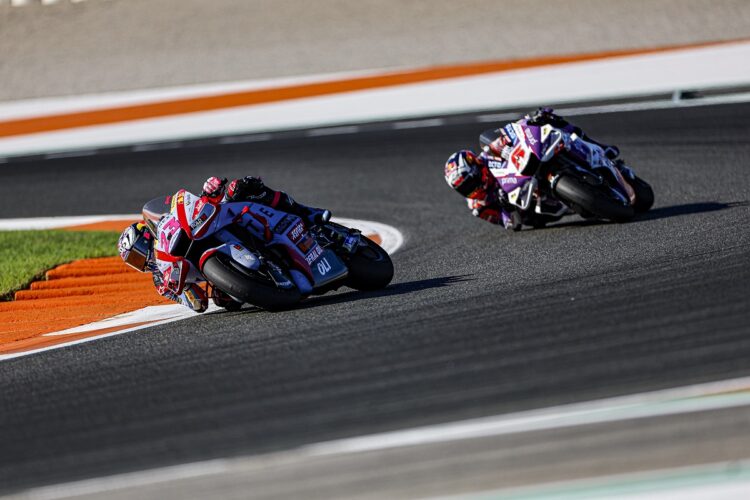 Enea Bastianini has outlined his ambition to take the MotoGP riders championship away from 2023 team-mate Francesco Bagnaia in what will be his maiden year in Ducati’s factory operation.

The Italian enjoyed a successful second premier class campaign in 2022 with the Gresini Ducati squad, Bastianini racking up a total of four race wins alongside a further pair of runner-up finishes, which helped him to seal third overall in the rider’s standings – a position he took at the final round after Aprilia’s Aleix Espargaro hit bike trouble while a point ahead.

Having also added an independent riders crown to his bow by a commanding 53 points over Pramac’s Johann Zarco in ’22, Bastianini insisted that “next year it will be time to try for” the overall title.

“The season has been very strong right from the start, I won the first race and then another three times afterwards as well as another two podiums,” explained Bastianini.

“I’m really happy about this as well as the fact we won the independent rider’s title, it was an amazing day for me.

“Next year I’ll be with the Ducati factory and it’ll be a great chance for me to win the title, today Pecco (Bagnaia) won the championship to bring it back to Italy which is really cool but for me next year it will be time to try for it (championship.)”

The 2020 Moto2 world champion added that he was “happy” about his performance in the Valencia Grand Prix having been forced to start down in 13th after crashing ahead of his crucial final run in the opening segment of qualifying, Bastianini climbing up to eighth by the time he took the chequered flag.

“I’m happy about my race because yesterday was a disaster as I crashed twice, firstly during the morning and then again during qualifying,” continued Bastianini.

“The warm-up was not bad but I was confident for the race, and to arrive home in eighth position is great because it gave me the chance to finish third in the championship.” 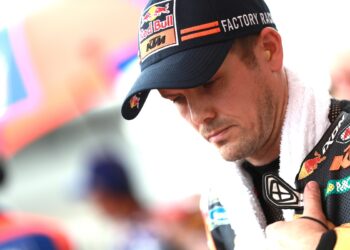