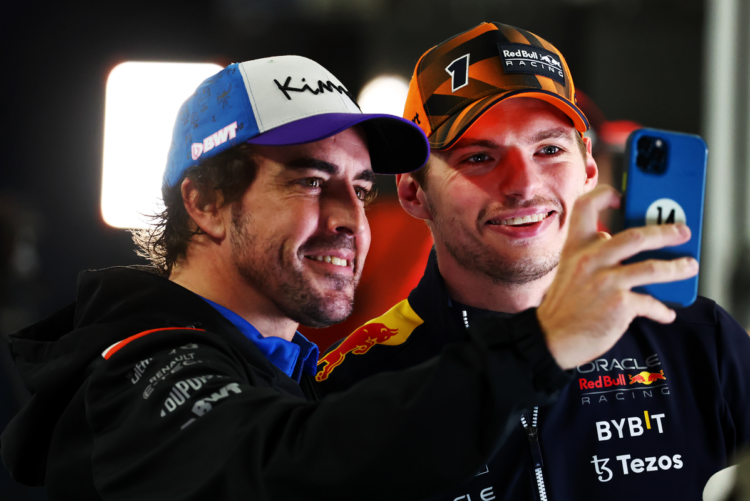 The Spaniard has previously attempted to take on the triple crown with a win at the Monaco Grand Prix under his belt in 2006. After he announced his retirement from F1 in 2018, he went on to win the famous race twice in consecutive years with the dominant Toyota Gazoo Racing.

The final race on his list is the Indianapolis 500 which he has competed in with McLaren Racing three times to no avail.

Alonso spoke of his desire during an interview with the Dutch newspaper De Telegraaf: “I know Max wants to do some endurance one day and I know he’d like to do the 24 Hours of Le Mans.

“I’m certainly open to doing that together. I think we should give the idea a chance if we can drive for a competitive team.”

Verstappen’s father, Jos Verstappen, raced against Alonso in the early years of the 41-year-old’s career and has previously competed at Le Mans in 2008 and 2009.

His LMP2 class win in 2008 with the Dutch Van Merksteijn Motorsport team was the highlight of his two stints.

However, when asked if Jos could be a potential third driver, the Alpine driver replied: “His father for Le Mans? At the moment, I prefer Max.”

“But I also have a lot of respect for Jos. He could develop the role of team principal!”

Alonso has spoken very highly of the two-time F1 world champion Verstappen in the past but he also conceded that it would be very difficult for him to emulate the success of seven-time champions Lewis Hamilton and Michael Schumacher.

“Certainly, Max has the talent to get there, but you have to have a car that is very competitive for many years, and you never have that guarantee,” Alonso explained.

“Now, it’s easy. Everything points to Red Bull dominating in the next few years, but we don’t know for sure. Let’s see if Max is that lucky.”