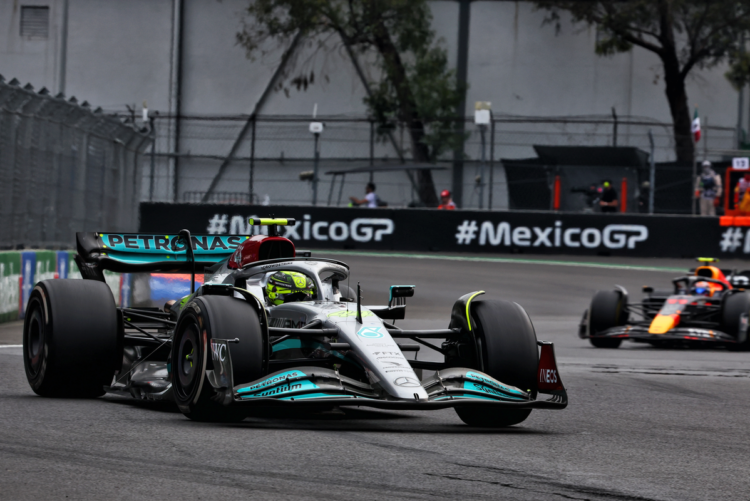 Seven-time Formula 1 world champion Lewis Hamilton has spoken about the size of the job on the hands of the Mercedes throughout the 2022 season, stating that they have had to ‘dig deep’.

Coming off the back of eight consecutive Constructors’ Championships, Mercedes have had one of the toughest seasons since their return to the sport in 2010.

With two races remaining in 2022, it is looking likely that Lewis Hamilton could endure the first winless season of his career and the Silver Arrows’ first since 2011.

Over the last few months, Hamilton has come close to victory several times, but the pace of Max Verstappen’s Red Bull has proven too quick for Hamilton’s W13.

“The hill that we have to climb is huge,” Hamilton told Formula1.com. “For us, it’s important to imagine it as the biggest, steepest, toughest mountain you can climb because if you think it’s going to be a normal hill, you underachieve.

“You’ve got to think it’s the hardest climb you can imagine, which means you have to dig deep.

While the German constructor have come on leaps and bounds from where they were at the start of the season, the Brit driver as well as the rest of the team knows that there is still plenty of development needed to gain on their fierce rivals.

“There is a lot of work that we have already done up to this point to understand where we are, where we went wrong in the previous decisions that were made last year into this year,” Hamilton continued.

“In terms of making the right steps for next year, it’s not easy to navigate as there are lots of different options but communication is what I’m trying to work on with everyone.