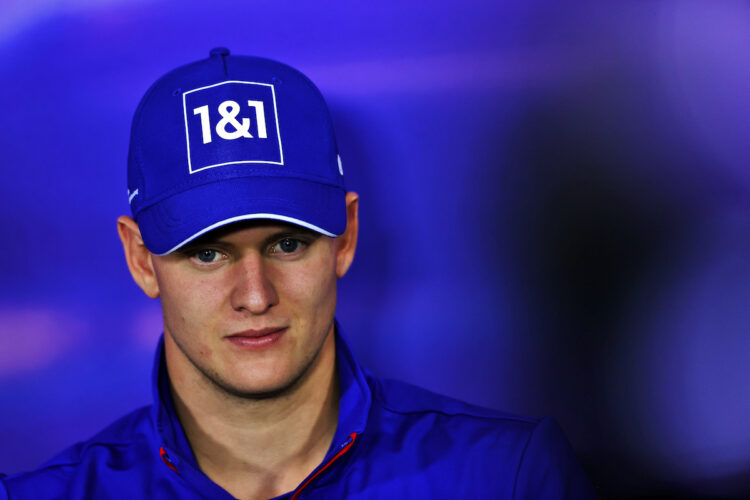 Red Bull advisor Dr Helmut Marko has weighed in on Mick Schumacher’s future in Formula 1 amid reports that the German will lose his drive at Haas.

Schumacher is out of contract for the 2023 season, with compatriot Nico Hulkenberg linked to the seat alongside Kevin Magnussen.

Haas has outlined that it is seeking a driver that will benefit its growth going forward, which hints that experience could be a key factor for the second drive.

With over 180 grand prix starts to his name, Hulkenberg boasts much more experience in F1 than Schumacher, with the latter coming to the end of his second year in the sport.

Speaking to RTL, Marko has suggested that he believes Haas will choose Hulkenberg over Schumacher.

“If there were a great promise for the future, I would bet my money on it, but I don’t see anyone who fits that profile,” he said. “And for the team it says a lot at stake.

“The difference between, for example, eighth or ninth place in the constructors’ championship is a difference of ‘X’ number of millions in terms of prize money. That’s why I think Haas are going for a veteran.

“Hulkenberg has the right look and has already proven his worth. Without test kilometers he has repeatedly jumped into the car as a test driver and in that role he has always performed. That speaks for him.

“But for the team the most important question will be: ‘who can lead the team stably into the future?”

Should he be dropped, Marko has backed Schumacher to return to F1 in 2024.

“It is not inconceivable that he will be on the sidelines for a year as a Ferrari reserve. But several contracts will expire at the end of 2023, so there will be a few seats available.”

Could Schumacher link up with AlphTauri for 2024?

AlphaTauri currently has Yuki Tsunoda and Nyck de Vries signed up to compete for the team during the 2023 season.

However, AlphaTauri could look to reinvent its line-up at the end of next year as it seeks to offer more opportunities to young drivers.

Being a sister team to Red Bull, it typically promotes drivers that are part of the energy drink-backed squad’s junior academy – however none of the current occupants were deemed worthy of a 2023 promotion.

It brought in de Vries from outside the academy, and should either he or Tsunoda fail to impress in 2023, it could create an opportunity for Schumacher to join the team.

Schumacher was briefly linked with AlphaTauri earlier this year, before it opted to sign de Vries alongside Tsunoda.