McLaren not opposed to keeping Ricciardo as third F1 driver 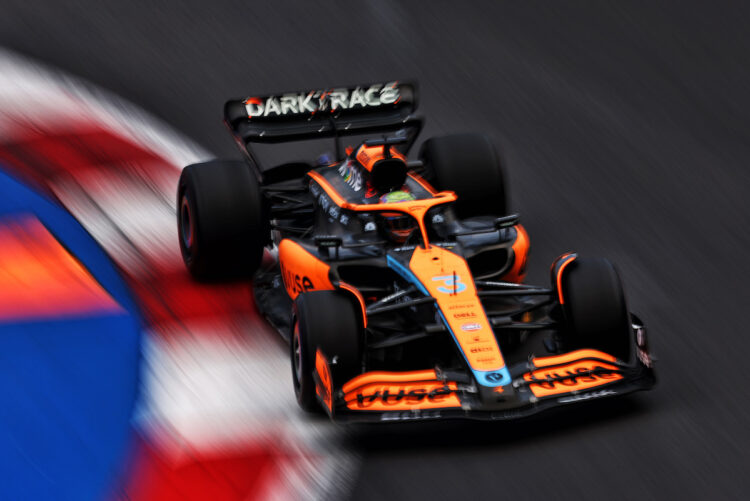 McLaren is not against the idea of retaining Daniel Ricciardo for 2023, with the Australian continuing in a reserve driver role with the team.

Ricciardo will depart his full-time role with McLaren at the end of the current campaign, bringing his original contract to a conclusion one season early.

Ricciardo has struggled for performance at McLaren since joining it in 2021, and will be replaced by rookie Oscar Piastri next season, following a contract dispute with Alpine..

Although his future plans are not yet known, Ricciardo has confirmed that he won’t be racing in F1 next year – however he wishes to remain part of the grid and assist a team.

He has been linked to Mercedes and his former Red Bull squad, but McLaren team boss Andreas Seidl admits that it is “possible” he could remain with the Woking-based outfit in 2023.

“That’s a discussion we haven’t had yet,” Seidl said, as quoted by the Spanish edition of Motorsport.com.

“It’s a discussion we usually have in the winter, as you know also, we had an agreement with other teams to share [referring to Piastri], so there’s absolutely no, let’s say, bad feelings between Daniel and us, so it’s possible.”

Is a fresh start the best option for Ricciardo?

How much Ricciardo would gain from his side taking on a third driver role with McLaren is a valuable question.

While remaining part of the McLaren outfit would showcase his maturity to not be deterred from a difficult situation, linking up with a fresh team (perhaps Mercedes?) would leave him in a stronger position.

Both Lewis Hamilton and George Russell have welcomed the chance to work with the eight-time grand prix winner.

He would gain more knowledge through the backing of a new organisation, and have more voices in his corner shouting his praise.