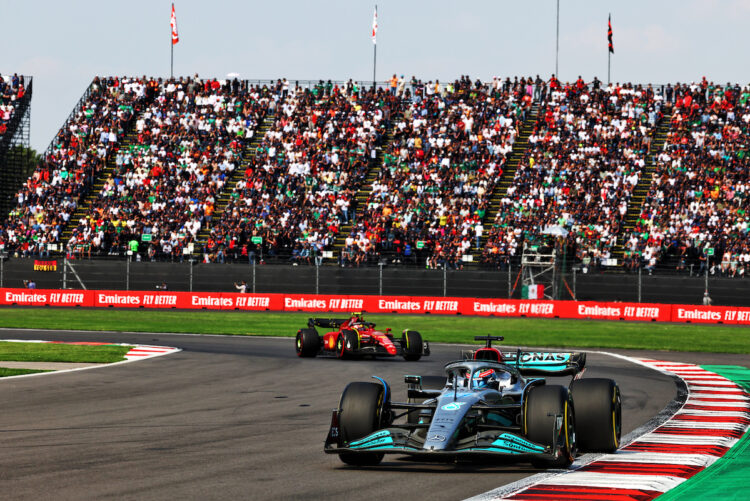 The Mercedes Formula 1 team claims that it now has the car performance to take the fight to Ferrari at every race weekend.

Having struggled for performance in the early stages of the 2022 season, Mercedes has improved its form as the year has progressed, and is currently chasing Ferrari for second in the Constructors’ Championship.

40 points separate the two parties, and last time out at the Mexico City Grand Prix, Mercedes clearly held the upper hand against the Italian outfit.

Mercedes ended the race in second and fourth, while Ferrari was fifth and sixth, with the leading red car of Carlos Sainz crossing the line over a minute down on race-winner Max Verstappen.

Mercedes missed out on its first Constructors’ title since 2013 this year, but is hoping to finishing the campaign on a high by besting Ferrari to second.

“We are here to finish second in the Championship and every single race that we can start pulling that points gap down is a success.

“In Mexico we took just 13 points out of them so there is still 40 left to go with two races, fortunately one of those is a sprint race [in Brazil].

“I think we have a package now unlike the beginning of the season or the mid-season that can really bring the fight to them.”

Ferrari appeared to be in the title fight in the early races of the season against Red Bull, before the latter went on to dominate the campaign.

Falling behind Mercedes to finish third would be a disastorous end for Ferrari – but Mercedes recognises the mammoth job it faces if it wants to succeed.

“But 40 points is a tremendous ask, it will need us really having everything perfect, everything right and Ferrari perhaps to give us opportunities to open the door for us to pick up second,” Vowles added.

“What I can tell you is that we are not giving up until the chequered flag in Abu Dhabi.”