Ferrari was ‘clearly protecting something’ in Mexico, claims Brundle 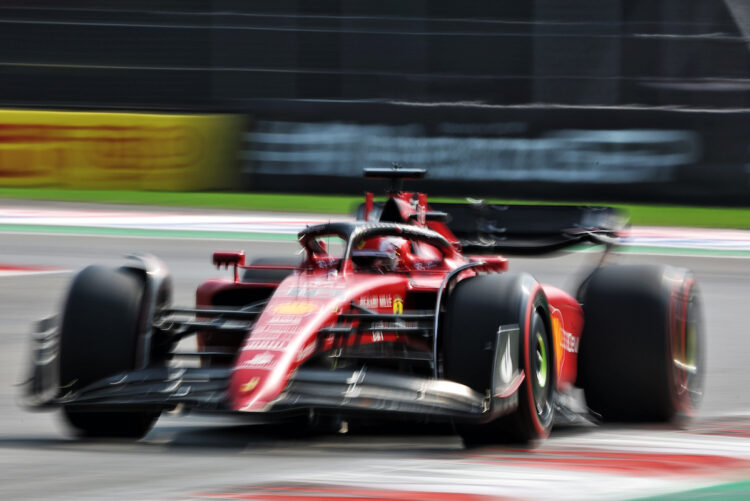 The Italian squad suffered one of its most difficult races of the year, with Carlos Sainz crossing the line in fifth place, over half a minute down on race winner Max Verstappen.

Ferrari insisted after the race that it had “no clear answer” for its struggles – but Brundle believes that the team was protecting itself.

“Ferrari were simply not at the races, they’re didn’t have the pace despite having large amounts of downforce attached and were clearly protecting something at this 7200 ft-altitude circuit as they were destined to finish a minute behind,” he wrote in his Sky F1 column.

“It must be said the Ferrari power unit in [Valtteri] Bottas’ Alfa Romeo was relatively flying along nicely although he would ultimately have been disappointed with only one championship point in 10th from sixth on the grid.”

Mexico’s race on Sunday was one of the more tedious outings of the year, with Verstappen dominating after taking pole position the day before.

“The Ferrari boys were flying in side-by-side formation behind trying to scavenge some places, but in reality those first few corners decided the running order for the rest of the day,” Brundle said.

“Verstappen, Hamilton, Perez, Russell, Sainz and Leclerc. The 800-metre run to, and through, the first chicane defined the race.”

Ferrari is now looking over its shoudler at Mercedes, who is chasing it for second in the Constructors’ Championship.

Just 40 points seperate the two parties with two races remaining in the 2022 campaign.

Ferrari has taken just four race wins this year after looking competitive at the start of the campaign, with its last victory coming at the Austrian Grand Prix in July.