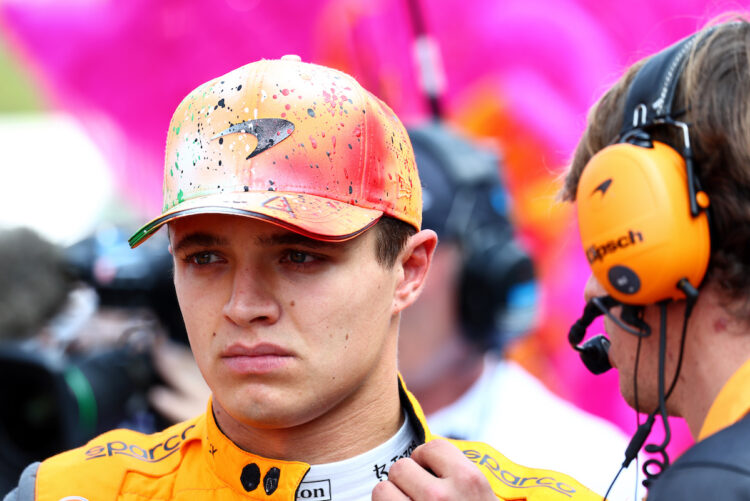 Lando Norris says that he spoke to Red Bull, as well as other teams, before penning an extension with McLaren earlier this year.

Norris is currently tied down to McLaren until the end of 2025, after joining the Woking-based squad in 2019.

The Briton has scored one pole position and six podiums during his four years with the team, and finished sixth in the Drivers’ standings last season.

Having opted to remain with McLaren for another handful of years, the 22-year-old admits that he spoke to Red Bull when it came to assessing his future.

“Of course there are talks with other people from time to time,” he told Auto Motor und Sport. “You always ask yourself the question: What’s best for my career?

“After all, I want to win and win world championships. There have been talks with Red Bull. They are a team that has been in the top three for years.”

Red Bull announced earlier this year that Sergio Perez would remain at the team alongside Max Verstappen until at least the end of 2024.

When asked last weekend in Mexico to expand on his comments regarding the Red Bull discussions, Norris played down the seriousness of the talks.

“It’s more just I was coming to the end of my contract, and it wasn’t like we (Red Bull and I) were talking heavily,” Norris said.

“I literally said, it was just, everyone always tries to speak to all teams at some point, so I spoke to them, I spoke to a few other people.

“A chat’s a chat, it’s not like, ‘what we can do straight away?’ Just keeping in touch, things like that, it’s as simple as that sometimes.

“It was just coming to the end of the contract, you see what options are available, you just kind of find out what’s possible, what might be possible over the next few years.

“It wasn’t just Red Bull. Every driver has chats with a lot of the different teams on what could happen, and it’s as simple as that basically.”