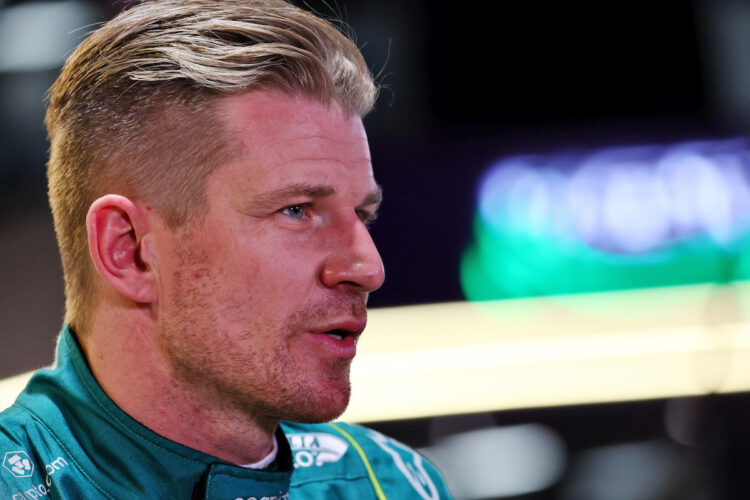 Nico Hulkenberg has provided an update on his future, stating that he is “optimistic” amid rumours that he will join Haas next year.

Hulkenberg has not raced full-time in Formula 1 since the 2019 season with Renault, after which he took on a reserve driver role with the Racing Point/Aston Martin squad.

The German has been called upon a handful of times to stand in for a race weekend, including at the opening two rounds of the 2022 campaign for Sebastian Vettel.

Hulkenberg and current Haas incumbent Mick Schumacher are believed to be the two drivers that are favourites for the seat alongside Kevin Magnussen.

Haas delivered an ultimatum to Schumacher in recent weeks, asserting that he must score points to secure his future at the organisation beyond 2022.

The 2020 Formula 2 Champion last scored a top 10 finish in Austria earlier this year, where he took a career-best result in sixth place.

With a decision from Haas looming, Hulkenberg asserts that he is still in talks with the US-owned squad.

“At the end of the day, it’s not my decision. I’m not making it,” Hulkenberg told Austrian broadcaster ServusTV.

“There are still talks. I am relatively optimistic, but we will have to be patient a little longer.”

Hulkenberg is an F1 veteran, tallying over 180 race starts during his career, which began in 2010 with the Williams team.

He has also raced full-time for Sauber, Force India, as well as Renault, taking a best result of fourth during his stint in the series.

The press release made no mention of Hulkenberg, hinting that the German will no longer be associated with Aston Martin in 2023.

It may be interpreted that the 35-year-old has been released to join forces with Haas next year.