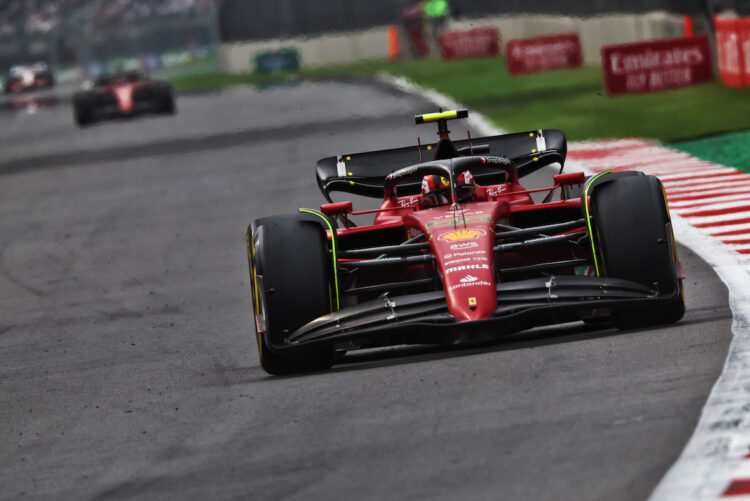 Ferrari Team Principal Mattia Binotto has conceded that he does not have a “clear explanation” for the lack of performance Carlos Sainz and Charles Leclerc experienced at last weekend’s Mexico City Grand Prix.

Sainz qualified fifth, sixth tenths of a second adrift of Max Verstappen on Saturday, while Charles Leclerc gave himself a starting position of seventh, with Valtteri Bottas splitting the pair.

The Monegasque cleared the Alfa Romeo on the opening lap of the race, and the Maranello-built cars ran around on their own for virtually the whole afternoon, barring brief battles with Bottas and Fernando Alonso after they went long on their strategies.

Sainz finished where he started, almost a minute behind race winner Verstappen, and 10 seconds ahead of sixth-placed Leclerc.

Ferrari made changes to the engine to deal with the challenges presented by the unusual altitude of the Autodromo Hermanos Rodriguez, but Binotto does not believe this offers a full explanation as to why his team was so far off the pace.

“It has been certainly a very difficult weekend,” Binotto said. “I think already yesterday in quali, quite behind the pole position when normally we are quite competitive.

“In the race, it simply emphasised the fact we were not comfortable with the track this weekend.

“Our overall performance has not been great, no doubt, off the pace in the race. I think the compromise, in terms of power unit, we were not at our best performance for the weekend, but I don’t think that that’s explaining the most.

“That’s part of the equation, but there is more than that. There is certainly more than that, and it’s something which we need to look at and there is not a clear answer right now.

“The ride was not great, the balance was not great. I’m pretty sure if I’m listening at the drivers later on in the debriefing, they will tell me that the car was not turning and the reason why I think it has to be looked at and we have not a clear explanation right now.”