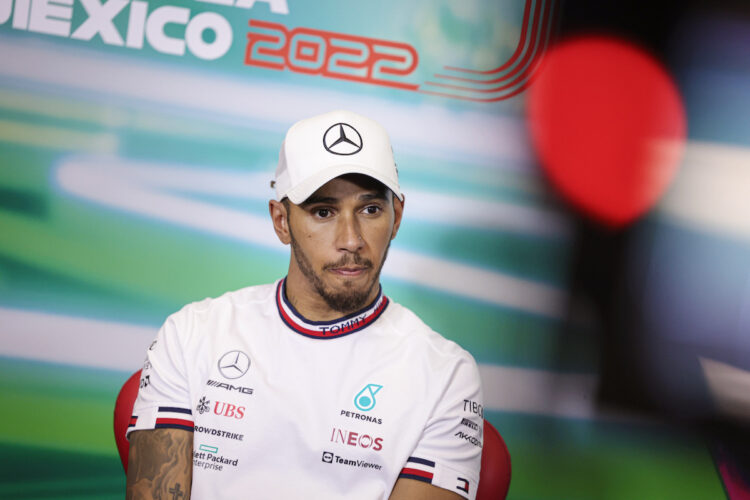 Lewis Hamilton says that Fernando Alonso’s recent comments regarding his Formula 1 titles made him “giggle”.

Alonso stated that Max Verstappen’s championships have more value than Hamilton’s, claiming that the Briton has mainly had to contend against his own team-mate.

Verstappen beat Hamilton to the championship in 2021 following an intense campaign, while this year, he has dominated the season.

Hamilton responded to his ex-McLaren team-mate by posting a social media message of them both standing on the podium, with Hamilton on the top step.

The seven-time World Champion spoke of the matter following his run to second place at the Mexico City Grand Prix on Sunday.

“I don’t really have a lot to say about it,” Hamilton said. “It does make me giggle a little bit to be honest, but I have tried to be really respectful over the years.

“When you’ve ever asked me about who has been the better driver for me I’ve always tried to give praise, but it’s definitely interesting to see the comments that are made, but it doesn’t really matter.

“So that’s why I just kind of put the thumbs up.”

“He’s a teaser,” Wolff said. “Comedy. It’s great headlines, this sport is about headlines. They are great champions. Alonso likes to throw one in.”

Alonso soon responded to the attention his comment received, taking to social media to state that all F1 titles are “well deserved”.

“And again… Please, all the titles are amazing, well-deserved and inspiring,” he wrote on Twitter.

“Incomparable to each other and let’s enjoy champions and legends of our current time. Tired of the continuous search for headlines. Let’s enjoy them.”