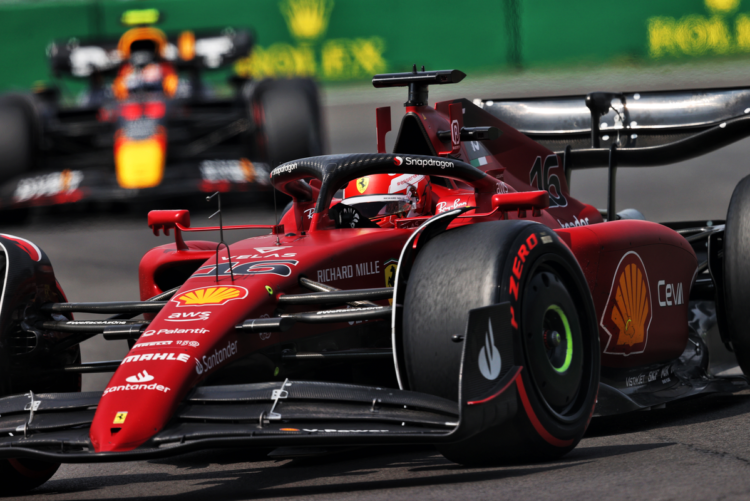 After qualifying in seventh place for the Mexico City Grand Prix, Charles Leclerc has blamed engine issues for plaguing his Saturday where the Ferraris usually shine.

The Monegasque driver has nine pole positions over the course of the 2022 Formula 1 season which is the most out of everyone on the grid.

But both Ferrari’s struggled for pace on the Mexican circuit with team-mate Carlos Sainz qualifying in fifth, behind both Red Bulls and Mercedes.

Following the conclusion of qualifying, Leclerc told Sky Sports F1: “We need to look at it. I’ve been losing quite a lot of time down the straights in qualifying. FP3 was not great so we need to look into it.

“We had loads of problems with the engine today for some reason, and I had very bad drivability in all the high-speed corners and the car was not really responding to what I was doing with the throttle.

And then down the straights, we were so slow, so we’ll look into it.”

FP1 was full of engine issues for teams across the grid with the high altitude of the Mexico City-based circuit suspected to be the root of them.

Leclerc also suffered a shunt in FP2 after he found himself in the barriers at the tricky turn 11 which has caught out a few drivers over the course of the weekend.

Ferrari sit just 50 points ahead of Mercedes in the race for the silver medal of the Constructors’ Championship. That margin could narrow if things stay the way they are in this qualifying order.

In terms of what the five-time grand prix winner Leclerc can do tomorrow from seventh on the grid, he replied: “I don’t really know. For now, I need to speak with the team to see what we can do for tomorrow but obviously, we cannot change much so I’m not sure what we can do.”