Hamilton fires back at Alonso with cryptic social media post

by Ashley Hambly
A A
4 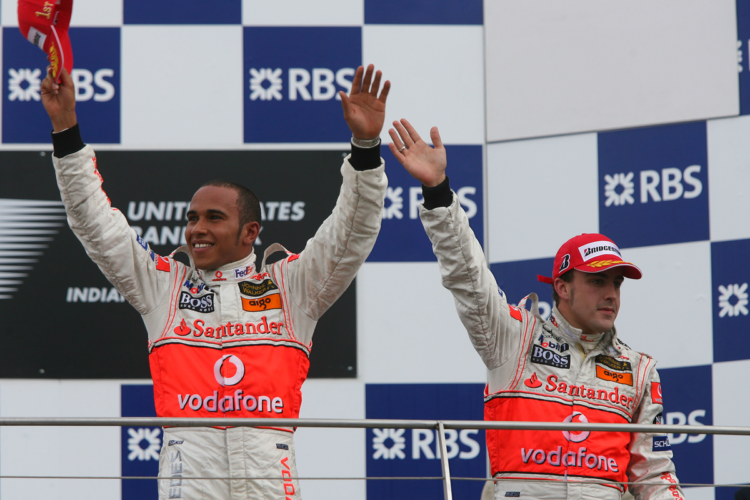 Following Fernando Alonso’s recent comments on Max Verstappen’s championships being more valuable than Lewis Hamilton’s, the seven-time world champion has fired back by posting a picture on social media.

Alonso and Hamilton shared a fierce year together at McLaren in 2007 which saw the reigning world champion butt heads with the rookie driver.

One of those moments came at the Hungarian Grand Prix where Alonso seemed to block Hamilton from pitting for fresh tyres in the final stages of Q3. The Spaniard went on to claim pole with the Brit in second.

The dramatic events of that season ended with the two McLaren men joint on points as Kimi Raikkonen swooped onto the championship crown at the final race in Brazil.

Since that first year together, the relationship between the two champions has been relatively shaky with the most recent clash coming at the 2022 Belgian Grand Prix.

Following the report of Alonso’s comments during the week, he responded on social media with the following message:

The picture in question is from the podium celebrations of the 2007 United States Grand Prix which was held at the Indianapolis Motor Speedway at the time.

It shows Hamilton on the winner’s step of the podium with Alonso below in second place after he finished just over a second behind.

The win saw the seven-time champion take a ten-point lead over his team-mate in the Drivers’ Championship with eventual champion Raikkonen 26 points further back.