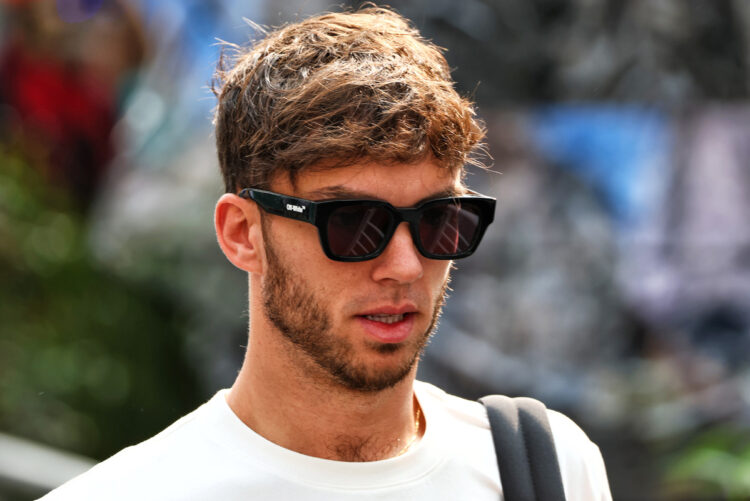 AlphaTauri’s Pierre Gasly has revealed that his bag has been opened in the paddock during each of the last two race weekends in Austin and Mexico City.

The Frenchman arrived at the Autodromo Hermanos Rodriguez on Friday with his backpack, containing his passport and other personal items, only to find that it had been opened.

Nothing was taken and the 26-year-old was unharmed, but he feels that there needs to be a little more respect from certain individuals attending races.

“I think letting people in is fine, but I feel like some guests, some people sometimes are not really respecting the space that we need,” said Gasly.

“[We have] people coming in garages before qualifying and asking for pictures when they are not even from our team, and we are working here.

“We give time for the fans when we can, and this weekend I didn’t dare coming out of the hospitality because otherwise you just know that you’ll get mobbed.

“Sometimes, it’s quite hectic, because I arrived at the hospitality yesterday morning with my bag – it had my passport – open, and I didn’t even feel it. We talked about it in the drivers’ briefing.

“[I’m] not fully sure, I think it’s great and also to see kids and people really enjoying it, but maybe just find a way where they can understand where to reach us and when to give us a bit more space.”

Elaborating on the incident, Gasly confirmed that nothing had been stolen, but reiterated that there needs to be more security in place for the drivers.

“My bag pocket was open, I had all my passport and stuff in there,” he added.

“It was still all fine, but my manager saw that it was open and closed it. Clearly it wasn’t me, and it wasn’t my manager, so when he saw that, he closed it straight away.

“But the same thing happened in Austin when I came out of the paddock, and I just feel like we never had any security in F1, and maybe there is something we can do.

“But, as I say, I am always giving the maximum time to the fans, it’s not like we don’t want anyone, but [it’s about] finding ways to make everybody happy.”