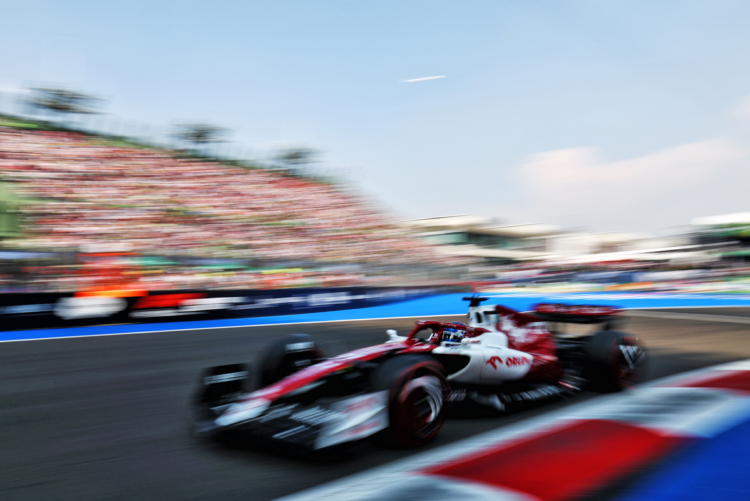 After sealing a joint season-best sixth in qualifying for the Mexico City Grand Prix, Valtteri Bottas has explained how much the layout of the circuit is benefiting the Alfa Romeo C42.

The Finnish driver started the season strong with his new team and scored points in seven of the first nine races.

He has since failed to score a single point in the last ten races with four due to DNFs.

Bottas explained that while no upgrades were added to the car, the surprise pace comes from the circuit’s layout: “We didn’t actually add anything from Austin, but I think the layout could be good for our car and it really seems to be good for our car.

“We seem pretty strong in all those slow-speed corners, even over the kerbs, through the chicanes, we seem quite good, and the car feels quite nice over the kerbs, so I think it suits this track.

“It feels like it has normally been a good track for me, overall,” he added. “I think I had a pole last year, so it’s like everywhere, one of those tracks some drivers like more and I like this weekend.

The 800-metre dash to turn one will be a battle of the tows but with this being Bottas’ best opportunity to get back into the points, he admits that he won’t be taking any risks: “We need to calculate the risk, but I’ve had many bad lap ones this year.

“So even for my confidence, it would be good to have a good start and lap one. I think the target it’s at least to keep the position; if we can gain, yes, but without taking huge risks.”

It seems that from all the long runs this weekend and even the Pirelli tests, that we seem to be on the good end of the midfield in terms of race pace, so it’s good to see,” Bottas continued.

“Hopefully, we can more or less maintain the position and that’s important. It’s a good opportunity now that Aston Martin is way back.”