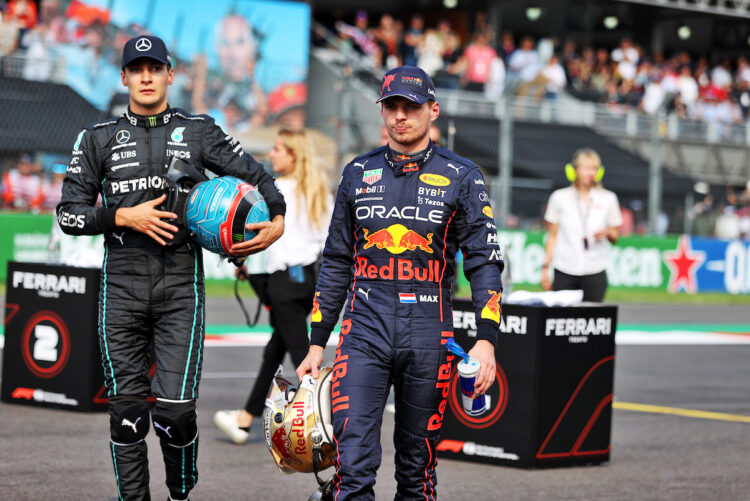 Max Verstappen took his fifth pole position of the season as he set the fastest lap at the Mexico City Grand Prix.

The Dutchman offered a 1:17.775 to claim his first pole at the Autodromo Hermanos Rodriguez, three tenths faster than George Russell in a fascinatingly competitive battle on Saturday.

Lewis Hamilton ended up third in the second Mercedes, ahead of home hero Sergio Perez, while Carlos Sainz ended up as the lead Ferrari in a tough day for the Scuderia.

Valtteri Bottas took sixth ahead of the other Ferrari of Charles Leclerc, with Lando Norris, Fernando Alonso and Esteban Ocon rounding out the top 10.

Daniel Ricciardo made it further into qualifying than he did in Austin, but sadly for him, narrowly missed out on a place in the top 10 shootout to Alonso.

Yuki Tsunoda qualified 12th ahead of team-mate, Pierre Gasly, with Alfa Romeo’s Zhou Guanyu sandwiched in between the AlphaTauris.

Kevin Magnussen qualified 15th, but will start on the back row after taking a grid penalty for an engine change ahead of the session.

Mick Schumacher and Sebastian Vettel set identical lap time as they were eliminated in Q1, and the younger German’s earlier lap invalidation for cutting Turn Two was far from ideal as he continues to fight for his place on the grid next year.

The other Aston Martin of Lance Stroll ended up 18th as both green cars were knocked out of the first qualifying phase for the eighth time this season. The Canadian will join Magnussen at the back due to the penalty he received for his part in Fernando Alonso’s airborne moment in Texas.

Alex Albon and Nicholas Latifi were rooted to the bottom of the time sheets, with the Thai-British driver left wondering why his car was so difficult to tame.

The race gets underway at 14:00 on Sunday afternoon in Mexico City.