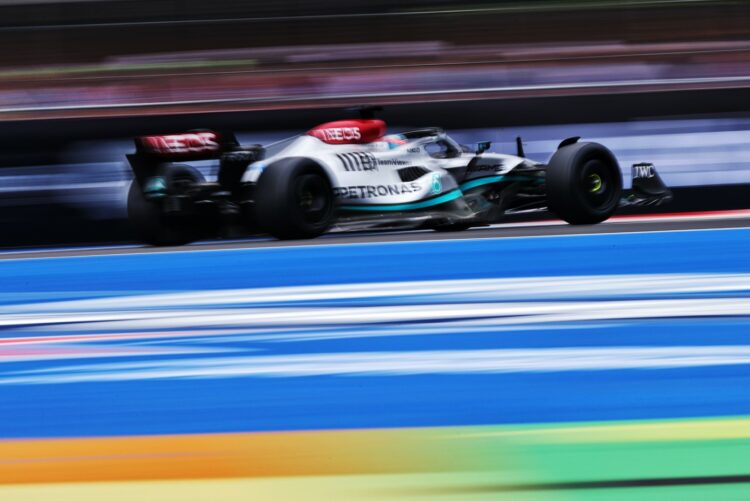 Mercedes is still chasing its first victory of a difficult 2022 season but displayed strong pace during the final one-hour session on Saturday at the Autódromo Hermanos Rodríguez.

AlphaTauri’s Yuki Tsunoda was ninth while Alexander Albon rounded out the top 10 for Williams.

Alpine had a low-key session, with Esteban Ocon and Fernando Alonso 11th and 13th respectively, either side of Alfa Romeo rookie Zhou Guanyu.

A wide moment into the stadium section denied Daniel Ricciardo the chance to clamber higher than 14th, while Pierre Gasly had a couple of errors en route to 15th for AlphaTauri.

Aston Martin and Haas had a subdued display, with birthday boy Lance Stroll 16th, three spots ahead of Sebastian Vettel, who complained of the feel of the AMR22.

Vettel classified ahead of only Kevin Magnussen, who is set to take a grid penalty for a fresh engine, with his Haas team-mate Mick Schumacher 17th.

Schumacher escaped unharmed earlier in the session following a high-speed spin through the Esses, and was able to resume his program after pitting for fresh tyres.