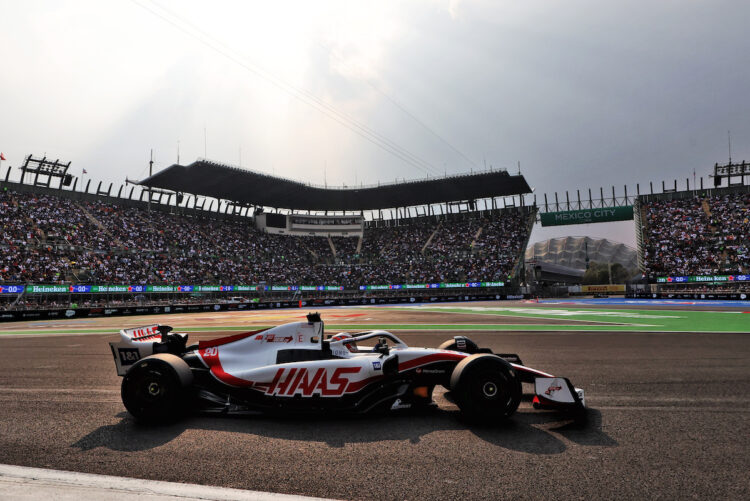 Kevin Magnussen is set to serve a grid penalty at this weekend’s Mexico City Grand Prix for taking on a new Internal Combustion Engine (ICE).

Towards the end of the opening practice session, Pietro Fittipaldi, who was driving Magnussen’s car for the session, came to a halt before the second corner.

A visible puff of smoke emitted from the back of the VF-22 car as he exited the pit lane and joined the track.

Mechanics worked on the car but were forced to install a fresh engine, the sixth from Magnussen’s pool for the season.

Magnussen was late joining FP2 on Friday afternoon as his team fitted the new component.

As a result, he is set to drop five places on Sunday’s starting grid.

The penalty will be a blow to Haas, who is looking to remain ahead of AlphaTauri for eighth in the Constructors’ Championship as the season winds down.

It currently sits just one point ahead of the Red Bull sister team, but has scored just one top 10 result in the last eight grands prix.