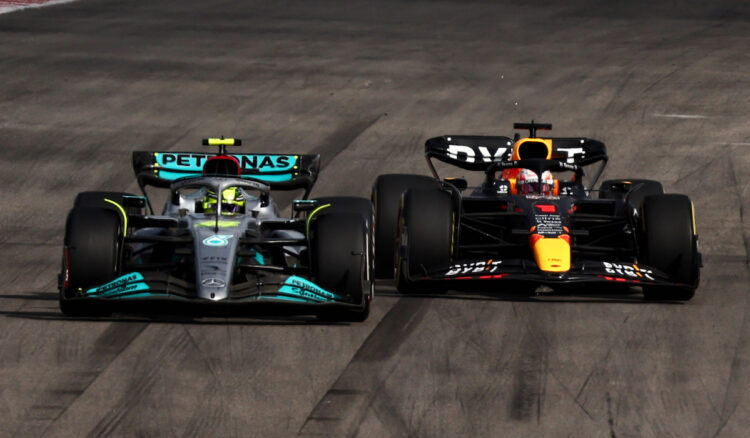 Christian Horner’s claims that a 10 per cent reduction in its aerodynamic testing time for 2023 is an “enormous” and “draconian” penalty are “an exaggeration”, according to Mercedes’ trackside engineering director Andrew Shovlin.

Red Bull were found to have breached Formula 1’s cost cap regulations and reached an agreement with the FIA to pay a $7 million fine as well as having their wind tunnel time cut by 10 per cent.

Horner reacted angrily to the decision, claiming it could cost them upwards of 0.25s and 0.5s of lap time next year. Red Bull were due to receive 70 per cent of the maximum allowed wind tunnel time, but that will now be cut to 63 per cent as a result of the penalty.

But Shovlin doesn’t think the penalty is anywhere near as bad as Red Bull are making out, because wind tunnel time is already awarded on a sliding scale depending on where a team finishes in the championship.

“I mean, the scale of that penalty isn’t much more than what you would lose if you were just one place higher up in the Championship,” Shovlin said on Saturday.

“So, it’s not as big as the penalty if your position is two places higher. So, I think, describing it as draconian is an exaggeration,” he added.

Red Bull’s Helmut Marko was also damning of the penalty, calling it “an enormous competitive disadvantage.”

It will mean Red Bull will have almost half the permitted time in the wind tunnel as bottom placed Williams, which enjoys 115 per cent of the allowance.

With fairly stable regulations, Shovlin only believes it will be an issue of the team were to change their concept, which is unlikely given the competitive nature of the RB18.

“Reducing the number of runs does limit your freedom when you’re developing a concept, but we’re in reasonably well-explored regulations now,” he explained. “But you definitely have to be more efficient. But if it were half a second, which I’d heard mentioned, then a team at the back of the grid would have over three seconds advantage to one at the front, and that that simply isn’t the case.

“But it depends on how well you make decisions during the year. I’d have thought a tenth, or a bit more than a tenth is probably… maybe two-tenths at the upper end, is realistically what that would cost you.

“I think in a week or so, it would only be about four or five runs different. I don’t know the exact number because I haven’t sat down and worked it out. But as I said, where it would be costly is if you’ve chosen an incorrect concept and you need to backtrack. It’s removing that freedom to explore different avenues.”