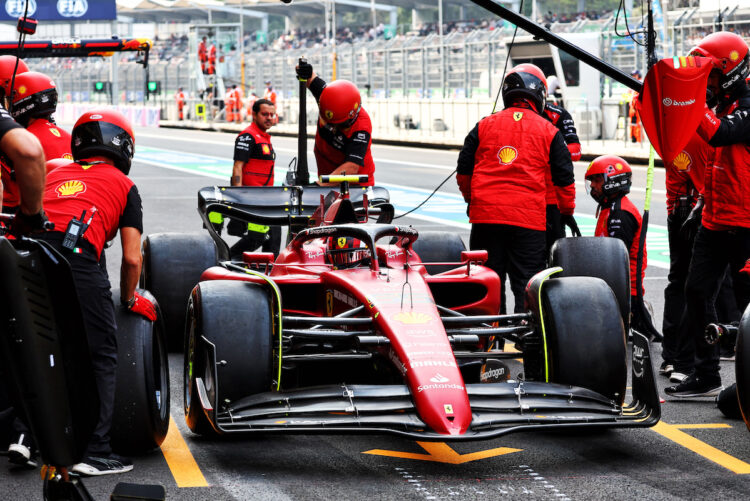 Ferrari has described Red Bull’s penalty for breaching Formula 1’s cost cap as “very limited”, asserting it is not happy with the FIA’s ruling.

On Friday, the FIA confirmed that Red Bull had been fined $7 million, and it would also have 10 per cent less time towards aerodynamic testing in 2023.

Red Bull was furious over the punishment, describing it as “draconian”.

It was found to have breached the cap by £1.4m, however a properly applied tax credit would’ve reduced this figure to under £500,000.

“We have talked a lot in recent weeks about what one can do with half a million more, or a million or two or three,” said Mekies.

“Two million [euros] is a significant amount and we have given our opinion several times on this topic.

“We at Ferrari think that this amount is worth around a couple of tenths [per lap] and so it’s easy to understand that these figures can have a real impact on the outcome of the races, and maybe even a championship.”

He added that Ferrari is unhappy with the punishment the FIA has handed out, believing that Red Bull will not suffer from the restrictions.

“As for the penalty, we are not happy with it, for two important reasons,” said Mekies.

“The first is that we at Ferrari do not understand how the 10 per cent reduction of the ATR can correspond to the same amount of lap time that we mentioned earlier.

“Furthermore, there is another problem in that. Since there is no cost cap reduction in the penalty, the basic effect is to push the competitor to spend the money elsewhere.

“It has total freedom to use the money it can no longer spend on use of the wind tunnel and CFD due to the 10 per cent reduction, on reducing the weight of the car, or who knows what else.

“Our concern is that the combination of these two factors means the real effect of the penalty is very limited.”