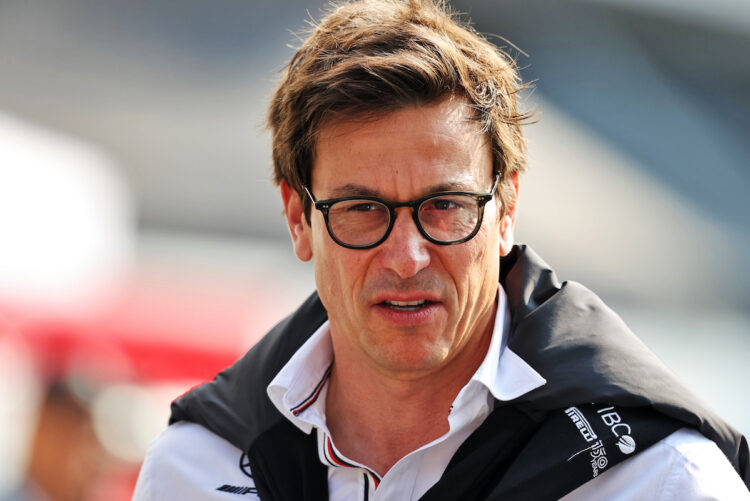 Toto Wolff has provided comments on the recent ruling from the FIA, who punished Red Bull for breaching the sport’s budget cap last year.

On Friday, it confirmed that Red Bull had been fined $7 million and would have 10 per cent less time allocated to aerodynamic development in 2023.

Several parties on the grid called on the FIA to deliver Red Bull a substantial penalty for exceeding the spending quota of $145m, which was implemented for the first time last year.

Speaking in Mexico, Wolff outlined that he was pleased to see a penalty be handed out to set a precedent, after Red Bull was found to have overspent in 13 separate areas.

“I think the most important thing for me is that there is a robust governance,” Wolff told Sky F1. They didn’t bulge an eyelid, they just followed a process, how it went.

“I know how rigorous they were with us, all throughout the year, that was a difficult process and when I’m seeing 13 positions that were wrong, with us it wasn’t the case. And it’s just good to see there is a penalty, whether we deem it to be too low or too high.”

Red Bull team boss Christian Horner has labelled the punishment from the FIA as “draconian”, while Wolff suggested that it was “too little” a penalty.

However, the Austrian highlighted that Red Bull’s reputation has taken a knock amid the saga.

“I think what you see is that beyond the sporting penalty and the financial fine there’s also a reputational damage and in a world of transparency and good governance that’s just not on anymore,” he said.

“And compliance-wise, in whatever team you are, you’re responsible for representing a brand, your employees, your partners, and that’s why for us it wouldn’t be a business case.”

“Any reduction on wind tunnel time will have an impact in performance. We’ve been in the fortunate situation that we’ve won the championship so for 18 months we had seven per cent less than Red Bull for over one and a half year.

“Overall it all adds up and if you look at Ferrari at the moment, they were 6th the previous year and got massively more performance from the extra time they had.

“So, now we’re unfortunately benefiting from being 3rd on the road, getting 14 per cent more than the leader and now we have more 10 per cent, so that is quite a lot. But you need to see where you utilize it.”