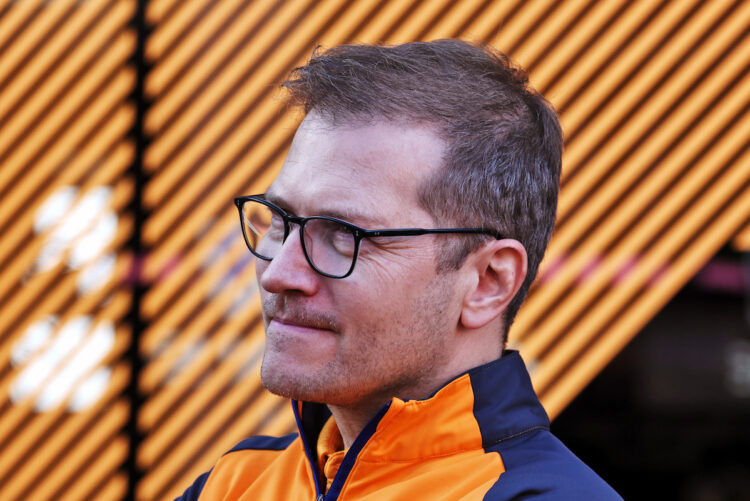 McLaren Team Principal Andreas Seidl says that he is not interested in listening to Red Bull’s “fairy tale” explanation regarding its cost cap breach.

On Friday, the FIA confirmed Red Bull’s punishment for breaching the sport’s cost cap of $145 million in 2021.

The team has been hit with a $7m fine and will have reduced aerodynamic testing in 2023.

Shortly after the FIA announced Red Bull’s penalty, Christian Horner took part in a press conference that lasted almost an hour, in which he discussed the situation.

The Briton claimed that the penalty was “draconian”, and that the team gained no on-track advantage through the breach.

When asked by Sky F1 if he had listened to Horner’s comments, Seidl replied: “No, I didn’t listen to it because I can imagine it was another fairy tale, probably. Not really interested in that.

“In the end, on a positive side I think it’s good to see the FIA did a good job in terms of doing the audit. Nine teams got it right and it was clear one team was in breach, so that’s a positive outcome.

“But on a negative side, it’s also clear, from my point of view, that the penalty doesn’t fit the breach. I just hope moving forward we have stricter penalties in place.”

F1 introduced the budget cap for the first time last year, as efforts were made to reduce the spending differentials throughout the grid.

The set of financial regulations is extremely complicated – however Seidl doesn’t expect that any other teams will overspend the cap in 2022.

“There’s absolutely no reason to be in breach this year,” he said. “We had good discussions earlier this year with all teams, the FIA and F1 regarding these topics.

“That’s why the cap was adjusted and it was also made clear from all teams and the FIA’s side that there is absolutely no reason, after this positive decisions in the interests of the sport, that there is any breach at the end of the year.

“I just hope if there is any breach, it ends up being appropriate penalties.”