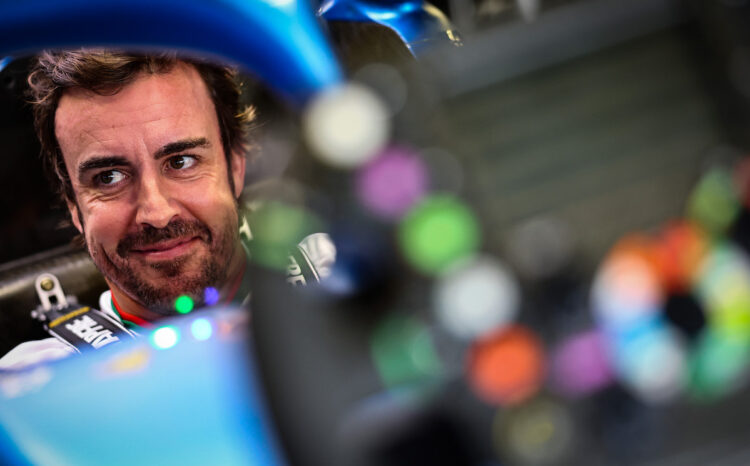 Alonso was involved in a collision with Aston Martin’s Lance Stroll during the race, which saw Alonso’s car go airborne before colliding with the barriers. Miraculously, Alonso was able to continue in the race and went on to finish an impressive sixth.

UPDATE: AFTER ALPINE LAUNCHED A RIGHT OF REVIEW, THE PENALTY WAS OVERTURNED

However the Haas F1 Team protested the result, claiming Alonso should have been shown the black and orange flag for loose bodywork – a flag Haas’ own Kevin Magnussen has been shown on three occasions this year for less damage.

The FIA sided with Haas and applied a 10-second stop-and-go penalty, which was converted to a 30-second time penalty as it was applied post race.

Alpine immediately protested Haas’ protest and the matter went before the stewards on Thursday in Mexico, ahead of this weekend’s race in Mexico City.

On Thursday evening, the FIA confirmed it had rejected Alpine’s protest and its decision to penalise Alonso would remain.

“The Stewards find that the Protest lodged by Alpine is not admissible and the protest fee is forfeited,” a statement confirmed.

Alpine’s protest surrounds the timing of Haas’ protest, rather than the subject of the protest.

“Alpine considers the Stewards in taking a decision to accept the Original Protest were in breach of Article 13.3.5 which specified a 30 minute time limit for a protest unless it is considered by the Stewards that circumstances made it “impossible” for the deadline to be met,” the document continues.

“In this case, Alpine claimed that it was not impossible for Haas to lodge its protest within the 30 minute period as the Stewards Room was within a few hundred metres of the Haas pit area.

“When asked by Alpine what submission had been made that led the Stewards to their original determination, the Chair of the Stewards advised that Haas had gone to Race Control to seek clarification on the situation and had been informed that it would have 1 hour to lodge its protest.”

Whilst the document goes on to explain that a protest cannot by lodged against a decision made by the stewards, it also adds that Alpine’s protest was made 68 minutes after the decision on the original protest was published, therefore it was outside of the prescribed time limit and was rejected.

Alpine has since submitted a right to review this decision and the matter is currently before the stewards once again.