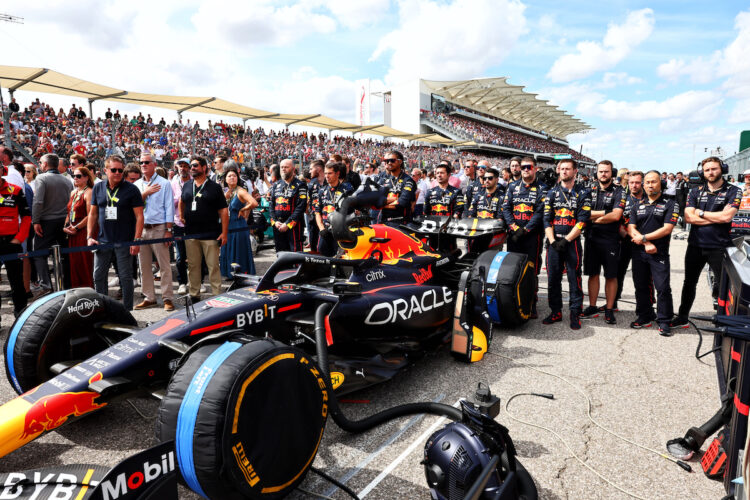 The FIA has confirmed that Red Bull has been issued a fine of $7 million and will have a 10 per cent time decrease to allocate to aerodynamic development in 2023 for breaching last year’s budget cap.

Following the Japanese Grand Prix earlier this month, the FIA confirmed that the energy drink-backed squad had exceeded the 2021 cap set at $145m.

The two parties entered talks following the revelation, with the FIA accepting that there was “no accusation or evidence that RBR has sought at any time to act in bad faith”.

However, Red Bull asserted throughout the process that it was confident that it had not exceeded the cap.

Amid the deliberations, the FIA offered an Accepted Breach Agreement (ABA) for overspending the budget, which Red Bull accepted.

While Red Bull’s submission to the FIA was below the budget, it was found that the team committed a procedural breach that “inaccurately excluded and/or adjusted costs amounting to a total of £5,607,000.”

Red Bull explained that the extra costs included areas such as social security contributions for staff, apprenticeship levies, and a clerical error in the calculation of costs re-charged to Red Bull by Red Bull Powertrains.

An added note from the FIA reads: “The FIA acknowledges that had RBR applied the correct treatment within its Full Year Reporting Documentation of RBR’s Notional Tax Credit within its 2021 submission of a value of £1,431,348, it would have been considered by the Cost Cap Administration to be in compliance with Article 4.1(b) of the Regulations and therefore RBR’s Relevant Costs for the 2021 Reporting Period would have in fact exceeded the 2021 Cost Cap by £432,652 (0.37%).”

The decision of the Cost Cap Administration to enter into the ABA is not subject to appeal, the FIA has outlined, and any non-compliance by Red Bull will result in a further Procedural Breach and automatic referral to the Cost Cap Adjudication Panel.

The budget cap was practised in F1 for the first time last year in an effort to decrease the spending differentials between teams on the grid.

Aston Martin was also deemed guilty of committing a procedural breach, and is expected to be handed a less severe punishment.