Alonso: Stroll penalty for US GP crash is ‘very harsh’ 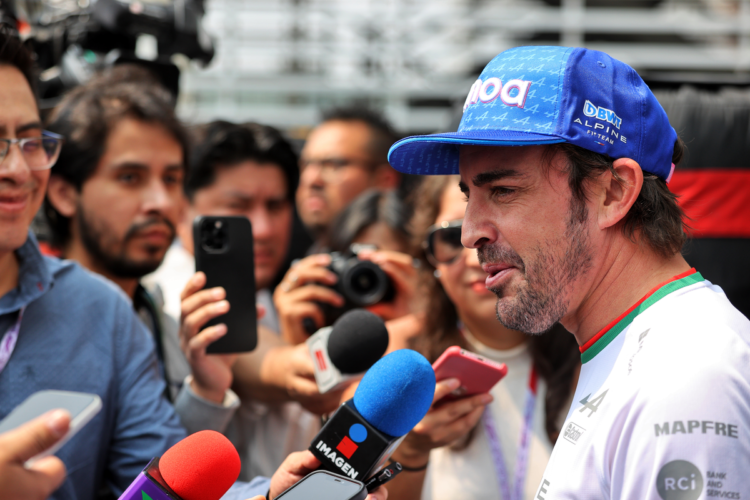 While Lance Stroll has received backlash for his involvement in the high-speed crash involving himself and Fernando Alonso in the United States Grand Prix, Alonso feels that the Canadian’s resulting penalty was harsh and came from an ‘unlucky moment’.

With both drivers pairing up at Aston Martin next season, Alonso and Stroll came together on the back straight following a safety car restart.

With no DRS to aid the Spaniard in his overtake attempt, Alonso ran into the back of Stroll’s left-rear tyre just as both drivers veered leftwards on the racetrack.

Stroll was then slapped with a three-place grid penalty for the Mexican Grand Prix for causing a collision.

When asked if Alonso had spoken to his future team-mate about the incident, he replied: “Yeah, yeah, we talked already after the race in his garage, and then in the stewards’ room, because we had to go there.

“My view is was the same after the race and the same in the stewards’ room, and the same now. I think it was an unlucky moment of the race. We move simultaneously, more or less, to the left.

“So, I think it was a very unlucky moment. In a way, I think his penalty is very harsh. But it’s the way it is.”

Astonishingly, Alonso’s Alpine A522 was in good enough condition for him to fight his way back from last to seventh place at the chequered flag.

The comeback drive was then taken away from him by the stewards after the race following a protest by Haas which indicated that the A522 wasn’t in a safe enough condition for racing.

Alonso received a 30-second post-race time penalty which dropped him out of the points. However, the penalty has since been rescinded following an appeal from Alpine and his seventh place has been reinstated.