Alonso returned seventh place from US GP after penalty overturned 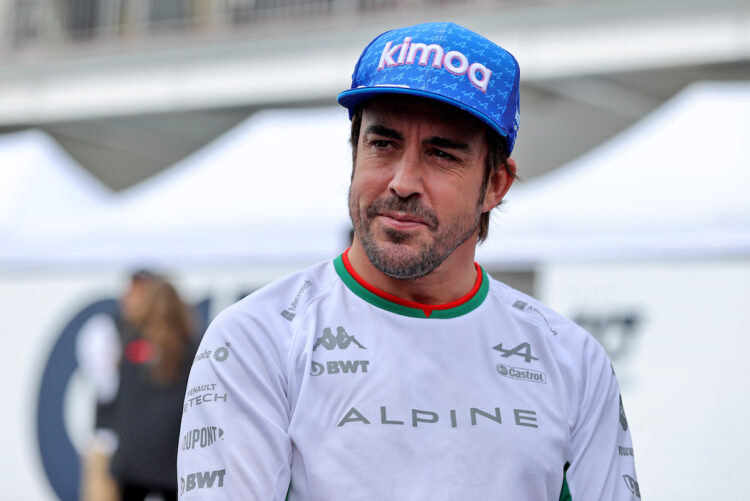 Fernando Alonso’s seventh place result from the US Grand Prix has been reinstated after its protest against Haas’ appeal was successful.

Last Sunday following the race in Austin, Texas, Haas lodged a complaint against Alonso after his right-side wing mirror hung loose for several laps during the race without the FIA issuing him a black and orange flag.

Haas argued that the car was unsafe, and after the race, the stewards issued Alonso a 30-second time penalty, which dropped him out of the points.

Alpine appealed the decision in Mexico, and the protest was initially deemed to be not admissible as the regulations did not permit a protest to be lodged.

However, Alpine then applied for a right of review over the validity of Haas’ original protest, as it stated that it was “it was not until 20:53 hrs on the day of the race that the team became aware that the original protest was lodged 24 minutes after the usual 30-minute deadline.”

Another hearing was then called, in which the stewards recognised that as Haas submitted its protest outside of the deadline, it didn’t meet the requirements outlined in the regulations.

The initial protest was deemed null and void, with Alonso returning to seventh place.

“BWT Alpine F1 Team thanks the FIA stewards for convening and reaching a positive conclusion on the matter involving Car #14 from last weekend’s United States Grand Prix,” a statement from Alpine read.

“The team welcomes the decision made by the aforementioned stewards, whereby Car #14 reinstates its seventh place finish and six points from the race.

“We look forward to continuing our collaborative work alongside the FIA to ensure the racing spectacle is maintained to the highest quality. The team now looks forward to competing this weekend at the Mexico City Grand Prix.”

The FIA is also set to issue a review into the black and orange flag, which requires a driver to make a pit stop due to their car being in an unsafe condition.

Haas has been issued the black and orange flag on three occasions this year, prompting furious backlash from the US-owned team.