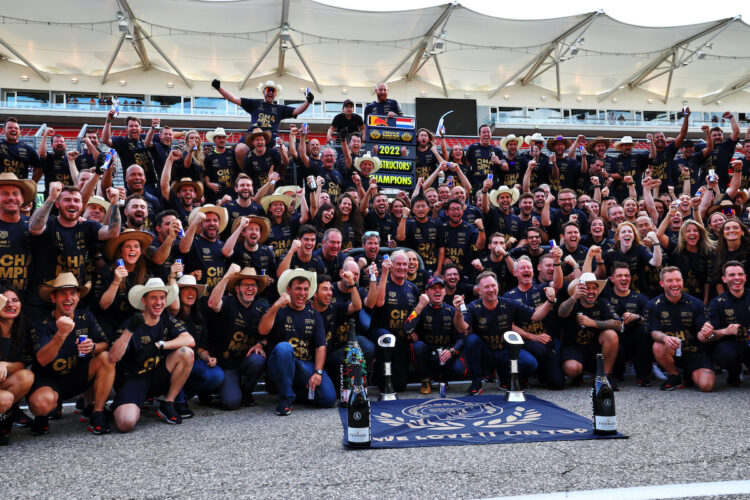 Red Bull is set to escape a major punishment for breaching Formula 1’s cost cap, with reports stating that it will be hit with a fine and restrictions to its aerodynamic development.

Dutch publication De Telegraaf has stated that an ‘Accepted Breach Agreement’ has been reached between Red Bull and the FIA.

Following the Japanese Grand Prix earlier this month, the FIA announced that Red Bull was guilty of a “minor” overspend of last year’s $145 million budget cap.

Several parties in the paddock called for a major penalty to be dished out to the team in order to set a precedent regarding a budget cap breach.

Some fans called for Max Verstappen’s maiden F1 title last year to be impacted – however this suggestion was shut down by members of the F1 grid, including Aston Martin’s Sebastian Vettel.

Red Bull and the FIA were engaged in talks on the build up to the US Grand Prix weekend, however negotiations were postponed following the death of Red Bull owner Dietrich Mateschitz.

The sport officially introduced the cap last year to reduce spending between the organisations and level the playing field in terms of the budget dedicated towards producing and developing cars.

De Telegraaf reports that Red Bull’s aero restriction will be “lower than 25 per cent” for next year.

This will be a further hit to the squad, who will have less time dedicated towards aero development than other teams due to it finishing at the head of the Constructors’ Championship in 2022.

Red Bull is set to address the matter at 11:30 am local time in Mexico City on Friday after calling a press conference.