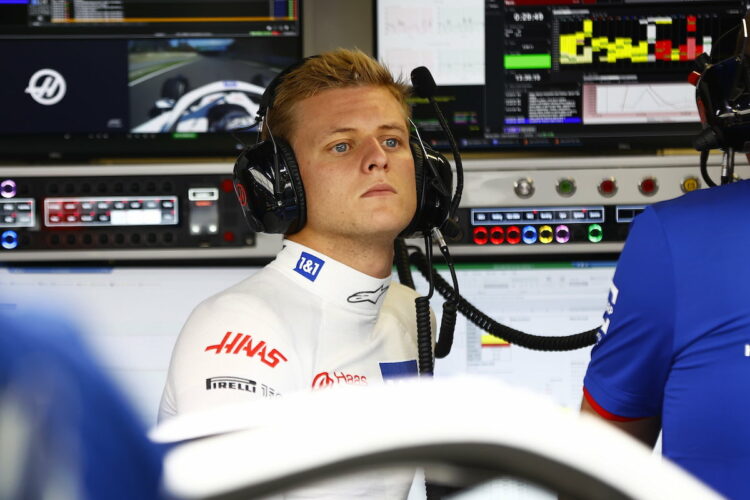 Mick Schumacher’s future in Formula 1 beyond the 2022 season is uncertain, with Haas set to make a decision soon regarding its 2023 driver line-up.

Schumacher is reportedly battling ex-Force India and Renault driver Nico Hulkenberg for the drive alongside Kevin Magnussen next year.

However, Haas has suggested that Schumacher must do more to retain his seat at the US-owned team, as he approaches the end of his second season in F1.

The German scored a career-best result in Austria earlier this year, crossing the line in sixth place.

However, there have been proposals that Schumacher’s future in F1 could be with Audi.

On Wednesday, Audi confirmed that it would become a works team in 2026, acquiring a majority stake in the Sauber Group.

The announcement came following its revelation earlier this year that it would join the grid as an engine supplier when the new power unit regulations come into effect.

The Sauber-run F1 project has operated as Alfa Romeo since 2019, but that partnership is set to end at the conclusion of the 2023 season.

It is then set to begin its transition into the German squad, with Schumacher touted as a top candidate for a drive at the team by German journalist Ralf Bach.

“I think it’s all about getting through 2023 for Mick,” said Bach. “Because as I see it, his future lies with Audi. They want him and there have already been talks. I know for a fact that there are talks.”

A German driver for the German outfit would be a natural fit, and Schumacher’s marketability would make him an attractive option.

But should Schumacher be dropped by Haas for 2023, former F1 driver Christian Danner has backed him to return to the grid going forward.

“I don’t think it’s bad for a guy like him to take a year off,” he said. “He’s still so young, he can easily resume his Formula 1 career afterward.”

Valtteri Bottas is currently tied to the team on a multi-year deal, while China’s Zhou Guanyu has been retained for 2023.

Sauber also has highly regarded Theo Pourchaire waiting on the sidelines, with the Frenchman tipped for a seat in F1 in the future.

However, with Audi acquiring a majority stake in the team, there are likely to be new faces calling shots at the organisation, which could play into Schumacher’s hands going forward.