De Vries to drive FP1 with Mercedes in Mexico 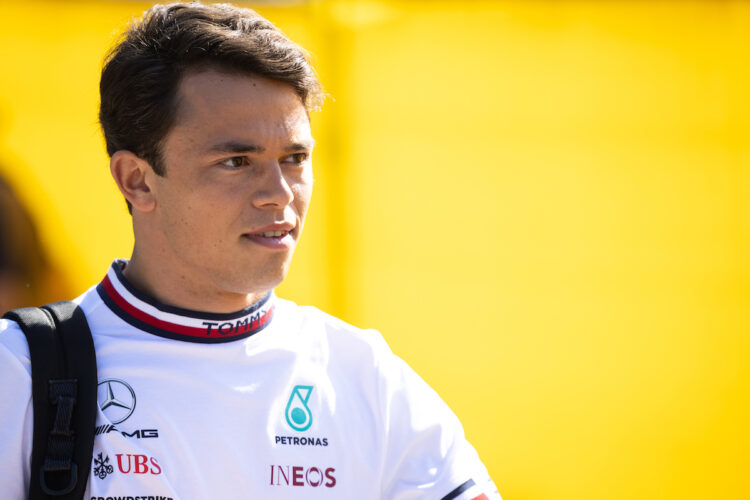 The Mercedes Formula 1 team has confirmed that Nyck de Vries will be back in the W13 car this weekend during the opening practice session in Mexico.

De Vries is fulfilling the second of two mandatory rookie outings that are in place this year.

This weekend, he will drive George Russell’s car during FP1.

It will mark the fourth time this year that de Vries has taken part in FP1, as he also drove for Williams and Aston Martin in Spain and Italy respectively.

He then made his race debut at the Italian Grand Prix weekend with Williams, which accelerated talks over a full-time F1 seat.

The 27-year-old has signed to race with AlphaTauri in 2023, replacing the Alpine-bound Pierre Gasly.

Mercedes is hoping to close out the 2022 campaign on a high, as it is still awaiting its first win of the year in what has been a difficult season.

“We need to keep this momentum going,” said Mercedes team boss Toto Wolff. “We’re cautiously optimistic heading to Mexico but the W13 can be unpredictable from track to track, so we’ll have to wait and see.

“It’s always good to be back in Mexico. The fans are fantastic and the atmosphere is spectacular every time we visit. They know how to put on a brilliant show so we’re looking forward to being back in Mexico City.”