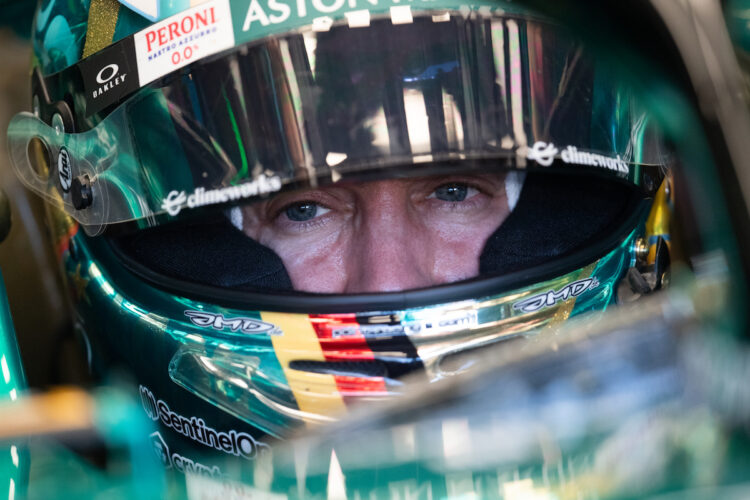 Vettel will depart F1 at the end of the 2022 season, with just three races remaining in his highly-successful career.

The four-time World Champion led a portion of the US Grand Prix on Sunday on an alternate strategy, and pitted for Hard tyres on lap 42.

However, the stop lasted 16 seconds which resulted in a significant loss of time, dropping him outside the points.

Vettel recovered to eighth place on the track, overtaking Kevin Magnussen on the final lap of the grand prix.

The Aston Martin driver was later promoted up a position after Alpine’s Fernando Alonso was issued a hefty time penalty.

“I obviously will miss these moments,” he said. “That’s not a secret.

“But I did think long and hard making the decision [to retire] and I also thought about these moments that I will miss the adrenaline and so on.

“So yes, obviously parts of me will miss those a lot of other parts are looking forward to what’s coming.”

Vettel has scored points at the last three races, all inside the top eight positions.

While the 35-year-old says that he would prefer to be contesting for positions higher up the grid, he asserts that he had fun battling his rivals at COTA.

“Unfortunately, we didn’t have the pace down the straights to just pass comfortably, so I had to try something unusual, either on brakes or in unusual spots.

“And I did and it worked most of the time. So yes, I definitely had some fun and I had tight battles, especially with Kevin at the end of the last lap.

“It’s a bit of a climax and he’s one of the most difficult ones to overtake in the entire field. But he left just enough room and it was good fun for both of us.”