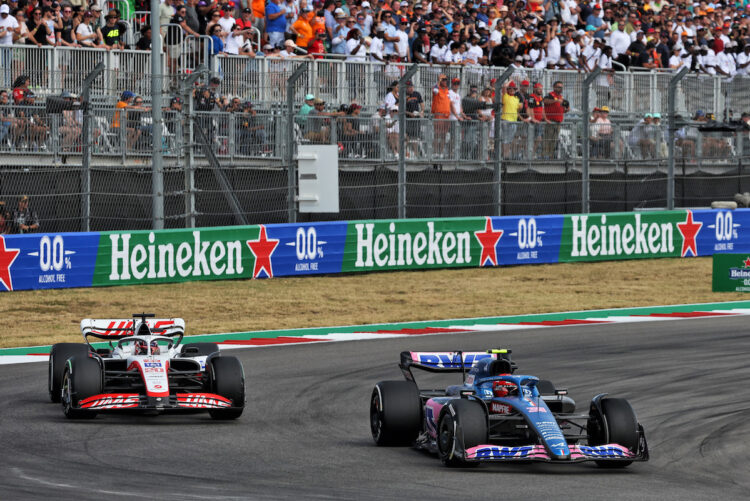 The Haas Formula 1 team has launched a protest against Red Bull and Alpine, contesting the results of Sergio Perez and Fernando Alonso at the US Grand Prix.

Both Perez and Alonso suffered damage to their cars during the race at the Circuit of the Americas, however neither was issued a black and orange flag.

The ‘meatball’ flag, as it is often called, mandates a pit stop if the FIA deem a car to be unsafe due to damaged or loose parts.

In the early stages of the race, Perez made contact with Alfa Romeo’s Valtteri Bottas, which resulted in damage to his front wing endplate.

The carbon fibre element hung loosely off the car for several laps before it detached itself.

The two-time World Champion was able to continue, however his right side mirror was visibly loose on its structure, before it too completely fell off the car several laps following the contact.

Haas has taken issue with the FIA, who didn’t force the drivers to make a stop to deal with the loose parts.

On three occasions this year, Haas has been left unhappy after being hit with a black and orange flag, being obliged to make stops in Canada, Hungary and Singapore.