Dario Franchitti calls out FIA: ‘Late moves on straights will kill someone’ 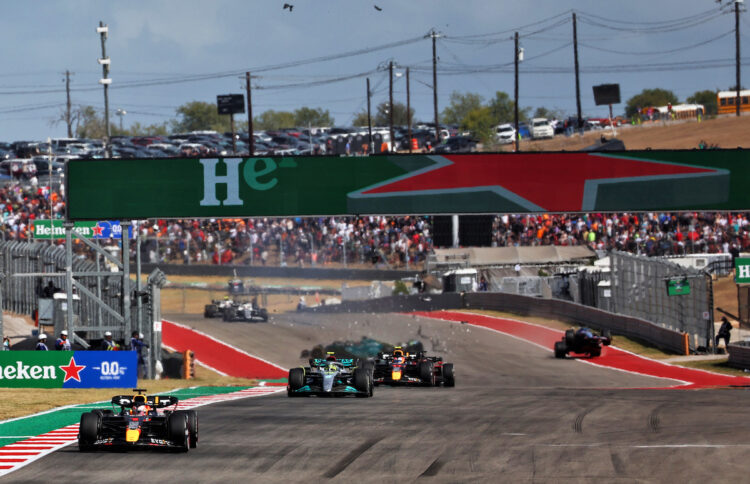 Dario Franchitti has called on the FIA to implement changes to stop drivers from moving on the straights, stating that they will “kill someone” in the future.

Fernando Alonso and Lance Stroll were involved in a sizeable incident on lap 22 of the US Grand Prix on Sunday.

Alonso attempted to overtake his 2023 Aston Martin team-mate, however Stroll moved to the left when Alonso did, resulting in a high-speed collision.

Stroll was spun around while Alonso hit the barrier on the left side of the track, but was able to continue in the race.

Stroll was deemed at fault for the incident, and was issued a three-place grid penalty for the Mexican Grand Prix, which takes place this weekend at the Autodromo Hermanos Rodriquez.

Franchitti, who is a multi-time IndyCar Champion and Indianapolis 500 winner, says the FIA must introduce new rules to stamp out the manoeuvre.

“These late changes of direction on the Straight are going to kill someone,” he wrote on social media.

“FIA, time to sort this behaviour out once and for all. It has bled down to the junior formula too.”

Alonso admits that he was amazed that his car was able to complete the race due to the significance of the damage.

“It was quite hard,” Alonso said of the impact. “Five minutes ago I was fine, now I have a little bit of pain. So I have to wait until tomorrow to really see.

“The car is very strong. Whoever has a problem with Alpine normally has everything to lose because we have a very strong car!

“We changed tyres and front wing, kept going. I was amazed the car was able to complete the 31 laps until the end. We still finished P7 after finishing P17, so it was a good race.”