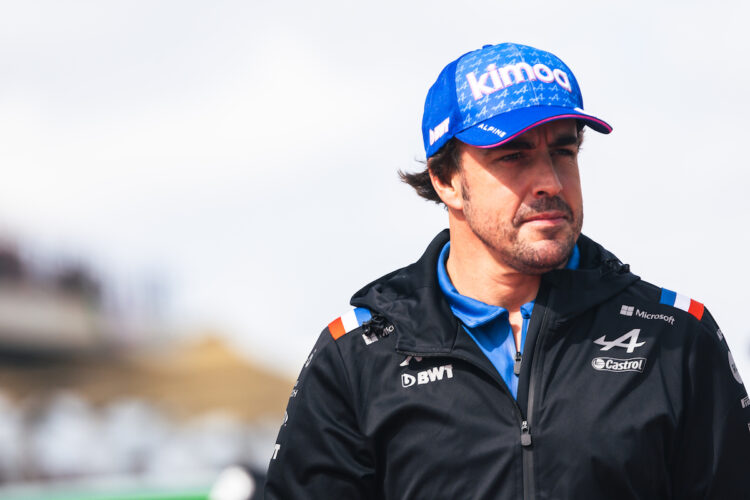 The Alpine Formula 1 team has confirmed that it will protest the decision to award Fernando Alonso a post-race penalty that dropped him out of the points in the USA.

Soon after the Circuit of the Americas race, Haas lodged a protest against Alpine and Red Bull, questioning why each driver wasn’t issued a black and orange flag during the race when they had loose parts hanging from their cars.

On three occasions this year, Haas’ Kevin Magnussen has been forced to pit for repairs early on in the race after contact with rival drivers.

Alonso’s right mirror hung loosely on its structure after a high-speed crash with Lance Stroll, and didn’t detach from the car until much later in the grand prix.

The Spaniard crossed the line in seventh place, but dropped back to P15 in the final classification after Haas’ protest against it was successful.

However, Alpine has now moved to contest the penalty issued to the two-time World Champion.

“BWT Alpine F1 Team is disappointed to receive a post-race time penalty for Car #14 from today’s United States Grand Prix, which unfortunately means Fernando moves to outside the points-paying positions,” reads a statement from the team.

“The team acted fairly and deemed the car remained structurally safe as a result of Fernando’s incident with Lance Stroll on lap 22 of the race with the right-side rear view wing mirror detaching from the chassis as a result of accident damage caused by Stroll.

“The FIA has the right to black and orange flag a car during the race if they consider it unsafe and, on this occasion, they assessed the car and decided not to action the flag. Moreover, after the race, the FIA technical delegate considered the car legal.”

Alpine has also taken issue with the timing of Haas’ complaint, which was “24 minutes out of time” – however the FIA says that on this occasion, compliance with the deadline was “not possible in this case”.

“The team also believes due to the protest being lodged 24 minutes past the specified deadline, it should not have been accepted and therefore the penalty should be considered as invalid,” Alpine added.

“As a result of this point, the team has protested the admissibility of the original Haas F1 Team protest.”