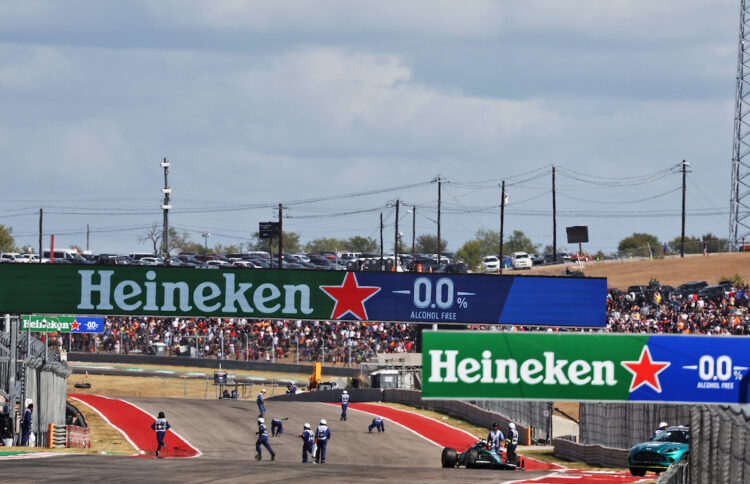 Lance Stroll says that he left Fernando Alonso “plenty of room” before they were involved in a high-speed crash at the US Grand Prix.

Following a Safety Car restart on lap 22, Alonso attacked Stroll for seventh place on the back straight at the Circuit of the Americas.

However, as Alonso moved out of the slipstream, Stroll also appeared to move in the same direction, which resulted in the duo making contact.

Alonso was sent airborne and into the wall on the left hand side of the track, while Stroll spun around before coming to a rest on the straight.

While the Aston Martin driver retired from the race, Alonso, who will partner Stroll at the team in 2023, was able to continue after returning to the pits for a new front wing.

Speaking after the race, Stroll suggested that Alonso could’ve used more room to his left to avoid the incident.

“Yeah I looked at it, I think first of all, it’s a shame. We were having a good race,” Stroll said.

“I left him plenty of room on the left. There was a big difference in speed, I was kind of judging where he was behind me.

“I moved based on where I thought he was behind me. He got really close to me. We made contact, so, frustrating.”

Stroll looked to be on course to score points in the grand prix, while team-mate Sebastian Vettel ended up in eighth place following a late charge.

Alonso, too, bagged points despite being involved in the incident, taking the chequered flag in seventh place.