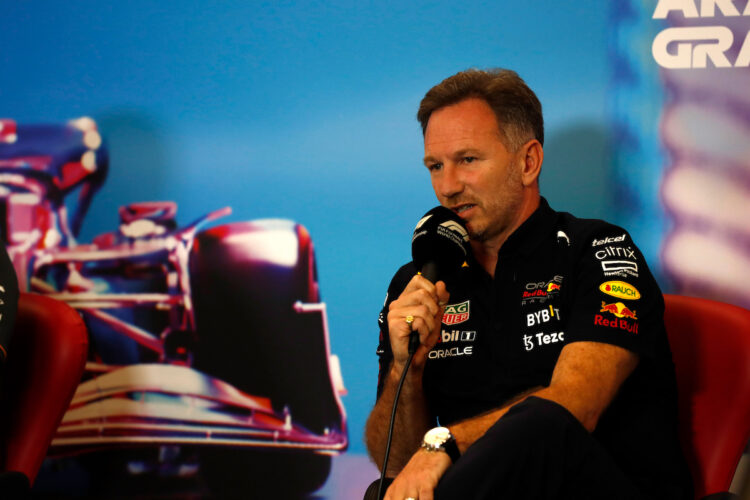 Red Bull team boss Christian Horner has hit out at Zak Brown and the letter he sent to the FIA, in which the McLaren CEO asserted that breaching the sport’s $145 million budget cap “constitutes cheating”.

Following the Japanese Grand Prix earlier this month, the FIA announced that Red Bull was guilty of a “minor” overspend of last year’s cost cap.

Some have called for a severe punishment to be inflicted, amid suggestions that Red Bull gained an on-track advantage in 2021 and 2022.

Red Bull has asserted for some time that the accounts it submitted to the FIA earlier this year were below the cap, a stance it stood by in the USA.

“Our submission was significantly below the cap,” Horner said. “We expected certain things to be potentially challenged or clarified as is the process in a brand new set of regulations, but based on external, professional accounting third parties, interpretations of those rules of a 52-page document to police this were very clear from our side.

But Horner took issue with Brown’s later, claiming it was damaging to the Red Bull brand.

“Obviously Zak’s letter, which wasn’t copied to us but we’ve had sight of that letter, was tremendously disappointing,” he said.

“For a fellow competitor to be accused of cheating, to accuse you of fraudulent activity is shocking. It’s absolutely shocking. Without the facts, without any knowledge of the details, can be making that kind of accusation.

“We’ve been on trial because of public accusations since Singapore. The rhetoric of cheats, the rhetoric that we have had this enormous benefit, the numbers that have been put out in the media are miles off reality.

“The damage that that does the brand, to our partners, to the drivers, to our workforce, in an age where mental health is prevalent, we are seeing significant issues in our workforce.

“We are getting kids that are being bullied in playgrounds that are employee’s children – that is not right through fictitious allegations from other teams.

“You cannot go around just making that kind of allegation without any fact or substance. We are absolutely appalled at the behaviour of some of our competitors.”

Brown defended his letter and stated it served as a reminder to the FIA, adding that he didn’t mention a particular team in the note.

“My letter set out that if a team spends more than the cap they are going to get an advantage from the cap as with the technical rules in the sport,” Brown said.

“We are not taking a view over whether they did or didn’t. My letter was ‘if someone has’ then here are the things that we think should be addressed.

“No different than if a ride height was incorrect or flexi wing or whatever the case may be. I didn’t mention any teams, it was a general response now that we are into the cost cap era, so if someone breaches that here is what we think the ramifications are.

“I have no idea what the number is, I know none of the details, if we had more money to spend it would have put us in a better light in performance with more people and more upgrades whatever the case may be.

“We feel it will be a performance benefit and if someone has spent more than the allocated cost cap then that’s up to the FIA to determine whether they have or haven’t.”