Which F1 juniors are taking part in FP1 at the US Grand Prix? 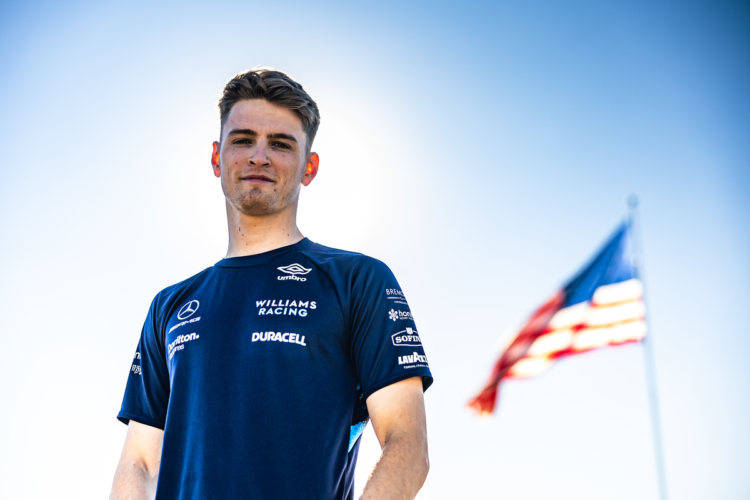 The United States is known as being the ‘land of opportunity’ and that is precisely the case at this weekend’s grand prix as four young drivers, plus a more experienced one, will get their first taste of the 2022 cars in a Formula 1 race weekend.

Théo Pourchaire and Logan Sargeant are the two drivers from this season’s Formula 2 championship who are taking part in their first FP1 test, with both drivers currently locked into a battle for second place in the F2 standings.

Pourchaire will be replacing Valtteri Bottas in the C42 as Zhou Guanyu also makes his first appearance at the Circuit of the Americas.

It will be the young Frenchman’s second time behind the wheel of an F1 car, with his first coming at a test session at the Hungaroring in 2021.

Sargeant will be stepping into the departing Nicholas Latifi’s Williams FW44 having previously tested for the team in the 2021 post-season young driver tests in Abu Dhabi.

There is a lot of speculation about Sargeant’s future at the British team, with some citing the possibility of the American driver taking the vacant seat for the 2023 campaign.

The 2021 Indycar champion is also among the drivers making his FP1 debut this weekend.

Alex Palou is jumping into the McLaren MCL36 in Austin, marking the first time an Indycar champion has taken part in an official F1 session since Juan Pablo Montoya in 2000.

Palou is taking a similar path to Montoya who also won his Indycar title with Chip Ganassi Racing in 1999.

Robert Shwartzman is the final junior driver to make his debut this weekend, stepping into the Ferrari F1-75 as the first third driver on a race weekend for the Italian team in 46 years.

Shwartzman last competed in the 2021 F2 championship where he finished in second place overall behind team-mate and champion, Oscar Piastri.

He has since been helping the Scuderia from behind the scenes as a test driver, participating in simulator sessions at the team’s headquarters in Maranello.

As well as the silver medal in F2, Shwartzman’s racing CV also boasts a 2019 Formula 3 championship win with a Toyota Racing Series win from the year before.

Antonio Giovinazzi is the final test driver to make an appearance in FP1 at COTA, replacing Kevin Magnussen in the VF-22.

The Italian, who has three years’ previous experience in F1, replaced Mick Schumacher at the Italian Grand Prix and is tipped to replace the young German at the American team in the following 2023 season.

Giovinazzi isn’t a stranger to the Austin circuit having raced there twice in F1 whilst a driver for Alfa Romeo Racing, with his best finish being 11th in 2021.