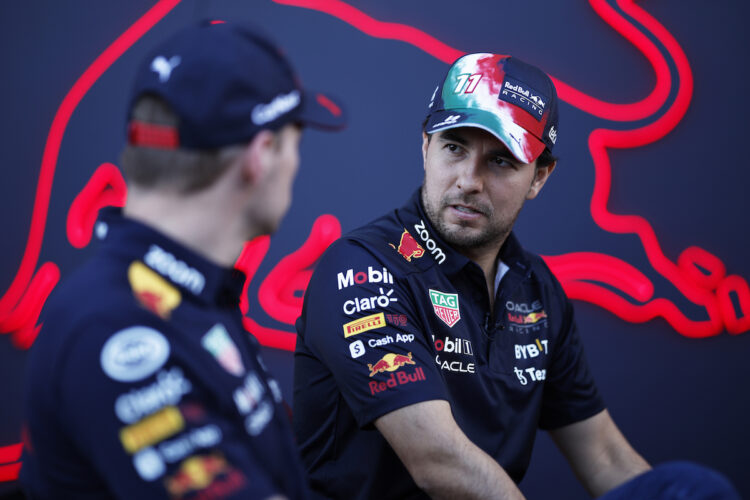 Sergio Perez has defended his Red Bull team amid the ongoing controversy regarding its Formula 1 cost cap breach.

The news has angered several teams, with some calling for a strict punishment to be enforced upon the Milton Keynes-based squad.

Red Bull has claimed that its accounts were below the threshold, which Perez reiterated ahead of this weekend’s US Grand Prix from Texas.

“Obviously, I will leave it down to my team to solve that together with the FIA, but at the end of the day, there’s always teams that want to take performance out of you, especially when you are winning.

“So it’s part of the sport and this has been forever and I just think that it will be… it’s just a normal situation and everything.

“At the end of the day facts will come out and people will see and understand the situation.”

The energy drink-backed outfit is now on course to clinch its first Constructors’ Championship since 2013, which it could do at this weekend’s race.

“It would be very nice,” Perez said of clinching the title at the Circuit of the Americas. “It’s a massive effort that everyone has done, not only your track.

“Back in Milton Keynes everyone has been pushing so hard. Yeah, I mean, it’s been a tremendous year for Red Bull and I really hope we are able to finish it on a high, because it’s been tremendous, the year we’ve been able to have.

“I think throughout the season, you know, making the right calls, pushing at the right times has paid off. And I really hope that we are able to clinch that title soon.”