Norris: Palou’s FP1 run with McLaren ‘not going to be easy’ 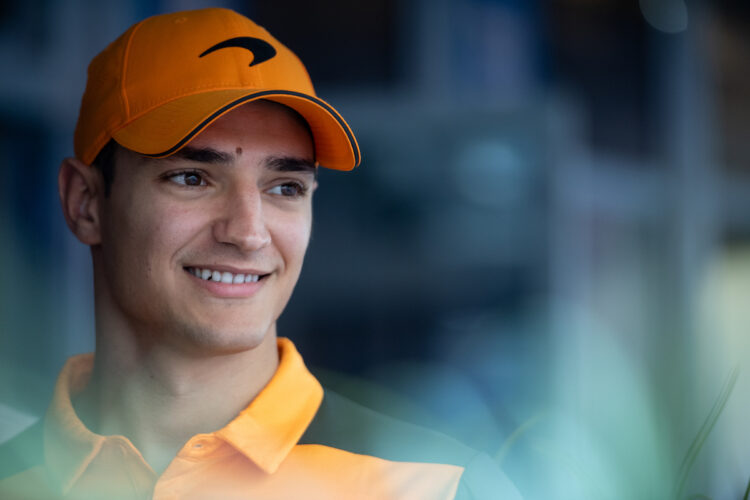 McLaren’s Lando Norris says Alex Palou’s free practice outing with McLaren at the US Grand Prix is “not going to be easy” for the 2021 IndyCar Champion.

Palou had signed a contract to join McLaren’s IndyCar team next season, but after a legal tussle with Chip Ganassi, he will be staying with his current team for 2023.

However, the four-time race winner in the American series has been given some testing time with the Formula 1 team, and he will partake in his first-ever championship session on Friday.

Norris and Daniel Ricciardo are locked in a battle with Alpine for fourth in the championship, while the Briton and 2023 partner, Oscar Piastri, also have one eye on entering next year with a more competitive package.

Palou’s practice session is a good opportunity for the 25-year-old, but also an important hour in McLaren’s important development battle.

“I mean it’s always tough coming into an FP1, especially in a car he’s never driven before,” said Norris.

“He’s done some of the test days in the previous car, but this one is quite a different one on such a cool track as well, so it’s not going to be easy. It’s not like he has a lot of time, especially with the tyres and things.

“You don’t get that many laps of feeling good grip and things, but he’s an extremely good driver.

“I’ve known Alex… since karting, I’ve known him, more personally probably the last few years. But he’s an incredibly good driver, very talented. And he’s in the car for a reason.

“He can give good insight and some valuable details for us and help us out as much as possible so he’ll do a good job.”

Pato O’Ward, who races for McLaren’s IndyCar outfit, will take part in FP1 next month in Abu Dhabi.