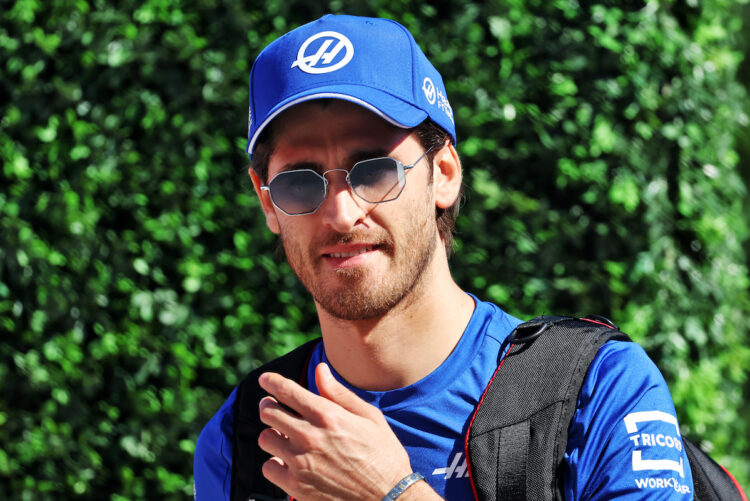 Haas Team Principal Guenther Steiner has provided a reaction to Antonio Giovinazzi’s FP1 crash at the Circuit of the Americas on Friday, suggesting that he was caught out by a gust of wind.

Giovinazzi hit the wall early on during the outing, but managed to get the car back to the garage.

However, the Italian driver burned the car’s clutch in his attempts to get the car unstuck from the wall, which ruled him out of the remainder of the session.

Despite the damage that was suffered, Steiner confirmed that the car would be repaired to see Kevin Magnussen back behind the wheel during FP2.

“I feel OK because the car will be ready to go again in FP2,” Steiner told Sky F1.

“He burned the clutch out so the clutch overheated, we can’t take the risk not to change it because if you have a failure, then you can’t do FP2.

“We’ll get the car fixed and get going, it’s the front wing and the sidepods. But on your third lap to put it in the wall, it’s not fantastic, to say the least.

“I haven’t spoken to Antonio, I guess he got caught out with a gust of wind. That’s my guess. The first lap was OK. It is what it is, but we can get out in FP2.

“Kevin will be back in. We’ve got the experimental tyres, the prototype tyres. It’s not ideal, but we’ll get out of it.”

Giovinazzi’s early crash meant that he had just four laps to his name at the end of the 60 minutes of running.

With three races remaining in the season after the USA, Haas will field Pietro Fittipaldi during FP1 in Mexico and Abu Dhabi, fulfilling the mandatory rookie outings that are in place this year.